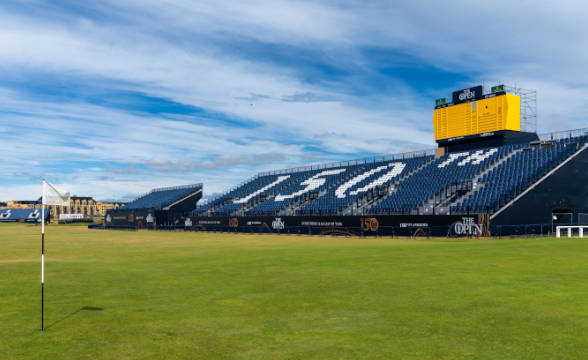 The 2022 British Open Championship is special for many reasons. First of all, this is going to be the 150th edition of one of the world’s most prestigious golf tournaments.

Secondly, being the final major of the year, it’s going to be packed with A-list golfers. Rory McIlroy, Jon Rahm, Scottie Scheffler – everyone seems to be coming to St. Andrews on Thursday, July 14.

The world’s golfing elite is there, but only one player can win the trophy, which comes along with a $2.5 million prize. So, who’s it going to be? That’s what we’ll try to answer in our British Open preview.

Even though he’s one of the greatest golfers of the century, Rory McIlroy has won The Open only once in his career. It happened in 2014, while four years later, he finished tied second. This year, however, oddsmakers think he’s going to get his second win.

In fact, McIlroy is seen as the #1 favorite to win at St. Andrews, with the odds of +900. This makes him the only golfer with the odds coming in the form of a three-figure number. The reasons why that is the case are pretty obvious – he’s got the talent and the motivation to win such a big event.

Unfortunately for him, the same goes for several other players, most notably Jon Rahm and Scottie Scheffler.

Thanks to his impressive performances over the last two months, McIlroy was able to move up to the #2 position in the 2022 Official World Golf Rankings. Before him, that position was occupied by Jon Rahm, who’s now sitting in the #3 position.

Although he hasn’t been that great this year as in 2021, Rahm did put on some decent performances. So far in 2022, he’s won just one PGA tournament, but he finished in the Top 10 in six events.

Scottie Scheffler is another player who’s got a fantastic chance to triumph at The Open. The American is currently topping the rankings, with four tournament wins in 2022, nine Top 10 finishes, and 15 finishes within the Top 25.

The reason why he’s not higher in the list of the 2022 British Open favorites is that he’s coming off a disappointing performance at the Scottish Open where he missed the cut.

Xander Schauffele is Our Top Pick

Schauffele is fifth in the rankings with three wins in 2022. What’s interesting is that two of those wins happened in his previous two tournaments – the Travelers Champ and the 2022 Scottish Open.

The American triumphed in Scotland last week by a shot and now has a chance to become only the second player in history to win the two tournaments taking place in Great Britain in a single calendar year.

That’s not the only motivation he has – Schauffele is still without a win at The Open, although he did come close to winning it four years ago. It was the 2018 event when he finished tied for second place.