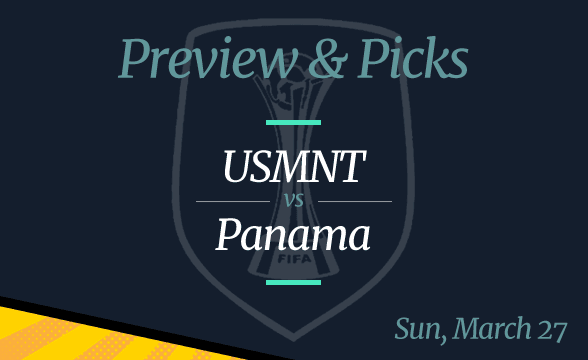 Two more rounds are left before the end of the World Cup CONCACAF qualifiers. Played on Sunday, March 27, the USA vs Panama game could be crucial for both teams. If the USMNT wins, the Americans will probably secure a direct ticket to the 2022 Qatar World Cup.  On the other hand, if Panama wins, this team could get to one of the top four spots in the standings.

But what if the USMNT vs Panama clash finishes in a tie? In that case, everything will probably be decided in the final round of the CONCACAF qualifiers.

The top three teams from the CONCACAF table get to the World Cup directly. The #4 team gets to play the international playoffs. Ahead of the USA vs Panama game, the Americans are sitting in the #2 place, with three points more than fourth-placed Costa Rica, and four more than Panama.

That said, with a win on Sunday, Team US would probably be able to secure its spot in the top three. Further, depending on what happens in other qualifiers, we could see the US moving up in the table, possibly even getting to the #1 position.

Ahead of the previous round, most World Cup CONCACAF predictions were leaning towards Canada beating Costa Rica. By doing that, this team would’ve secured the #1 position in the standings. However, Canada ended up losing.

As a result, the United States team now has a chance to overtake Canada’s position at the summit of the CONCACAF standings. That seems like good enough of a reason for the USMNT players to give their utmost.

Another thing going in their favor is that couple of players who were struggling with injuries might make a comeback this weekend. Finally, the fact that the game is played in Orlando means that the Americans will have fan support on their side.

Can Panama Beat the USMNT Again?

These two have met once already this year. It happened in November when the game took place in Panama. We saw the home team win 1-0, with a goal scored by Anibal Godoy, a midfielder for Nashville SC of the MLS.

One of the reasons why Panama defeated the favored Team US is that the Yanks didn’t do great in the offense. They had zero shots on the goal that afternoon.

Truth be told, the USMN was without several of its key forwards, including Christian Pulisic, who’s with his national team this time.

The US has a better roster than Panama, although both teams will be very motivated to do well in this game. It’s not going to be easy, but Gregg Berhalter’s boys should be able to grab a win in the end.

Pariplay Partners With Skillzzgaming to Roll Out Exclusive US Content