Leading iGaming content provider and aggregator Pariplay Ltd have agreed to offer Skillzzgaming’s games across all US states where it has a license to operate. The deal is the first exclusive agreement that Aspire Global’s company has sealed in the country. Last December, Gaming Realms partnered with Pariplay to have its products integrated with Pariplay’s Fusion aggregation platform.

The Deal Will Cover All Pariplay Licensed States in the US

Pariplay has chosen North America as its main location for growth over the past few months with the help of the Fusion platform. The platform provides over 12,000 games from more than 70 reputable suppliers of content.

Gradually, all states where Pariplay has obtained a license to operate will be covered by the terms of the new deal. Players in West Virginia, Michigan, New Jersey, and other states will benefit from Skillzzgaming’s games distributed via the Fusion platform. The platform displays thousands of titles and allows all fresh brands to benefit from equal visibility and brand awareness while offering excellent back-office player retention and conversion solutions.

The worldwide Pariplay Ignite Studio program that was launched in 2016 is a development program that had Skillzzgaming as its first customer, soon joined by other developers. The program provides its partners with simple and scalable access to regulated iGaming markets while bringing them immediate access to Pariplay’s distribution network worldwide.

The same program allows providers to use the aggregator’s plethora of top tools for engagement for enhanced gaming performance. The Ignite program supports all coding languages and enables developers to create games at a faster pace and with smaller costs.

Skillzzgaming’s chief executive officer Eran Sharar commended that their collaboration with Pariplay allowed them to generate content prone to excel in the US market. He added the company was “extremely proud” to be adding New Jersey to the reputable list of regulated markets where their content can be accessed.

Skillzzgaming is the pioneer partner of Ignite studio ever to be registered with the New Jersey Division of Gaming Enforcement. This is an important law agency aimed at keeping a close eye on the casino regulatory systems responsible for the Casino Control Act.

Skillzzgaming’s content that features games with state-of-the-art mechanics and features like the match-3 series and time-based bonuses will become available via the respective platform. The list includes a series of top-performing games, such as the developer’s highly-praised Fruit Blast slot.

The game introduces players to a one-of-a-kind experience in an attempt to cash out a 1,000x jackpot. Instead of the standard 5-reel video slot display, players will notice an interesting 5×5 grid structure where they will need to look for at least three matching symbols in adjacent positions.

The game also features a special level-up system for unlocking unique bonuses, fresh features, and new characters. At the end of February, Pariplay and Sportingtech closed yet another important partnership. The deal would benefit both parties with higher product and brand awareness exposure. 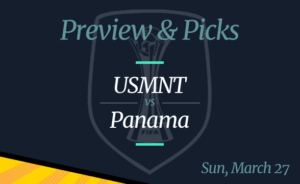