Horse and greyhound racing content provider XB Net has announced that it has struck an agreement with VBET. Through the agreement, XB Net will supply the European sportsbook property with an assortment of live photos, data and betting services from its portfolio of over 50 North American racing tracks. This would allow VBET to flexibly and comfortably fill in its programming schedule with a selection of fast betting opportunities.

XB Net’s content pipeline is drawn from a substantial state-side well that covers around 90% of all US horse and greyhound racing. This includes several of the most prestigious racing competitions across the globe, such as the Belmont and Preakness Stakes Triple Crown competitions, the Pegasus World Cup and the Breeders’ Cup. The latter is of particular importance as VBET saw an immediate surge in engagement when it attended the competition’s two-day festival.

VBET offers an assortment of fast betting opportunities during a comfortable time range between 18:00 and 05:00 CET. The company’s offers have proven both reliable as well as a nice fit for European domestic racing.

XB Net International Senior Vice President Simon Fraser has stated that the partnership would be highly beneficial for XB Net as it would help the company organically grow the influence and reach of its products. According to him, the deal was especially welcome given that VBET was an emerging force on the European Market.

“North American racing enjoys peak recreational alignment after the close of Europe’s daily domestic cards, and we’re delighted to report that levels of engagement and retention are surging during these key evening segments.”

VBET UK Regional Director Artur Manasaryan expressed confidence in the agreement as well. He has stressed that VBET was delighted to work with XB NET, whose one-stop racing services helped VBET generate new revenue streams and record turnover during the Breeder’s Cup in November.

Furthermore, Mr. Manasaryan stated that while live sports are still trying to adapt to an uncertain future, North American Racing is consistently and seamlessly managing to plug the gaps in its scheduling and managing to secure viewer retention during primetime periods. This has proven a significant factor for increased betting activity, he believes.

“XB Net are masters in optimizing and positioning an unfamiliar product in order to engage our key audiences. As a result, VBET are now offering a comprehensive and cohesive racing experience across digital and mobile channels, each benefiting from BetConstruct’s powerhouse platform which underpins our innovative B2C brand. Together, we plan to continue consolidating our progressive position in both mature and evolving European markets,” said Artur Manasaryan, VBET UK Regional Director.

Playtech Partners up With SKS365 for a Game-Changing Experience

XB Net, a leading horse racing content provider for the North American market, has finalized a renewal agreement with Codere. Thanks to this development, the latter will receive a major boost to its US greyhounds and horse racing portfolio across retail and digital platforms.  Codere Will Gain Access to 75% Of Racing Events Across the […]

VBET has become an official sportsbook sponsor to OGC Nice, a Ligue 1 French soccer team. The partnership will see the two companies bring their marketing efforts closer together to help expand their footprint across the world. VBET to Benefit from Marketing Efforts The Eagles are an important fixture in professional French soccer and they […] 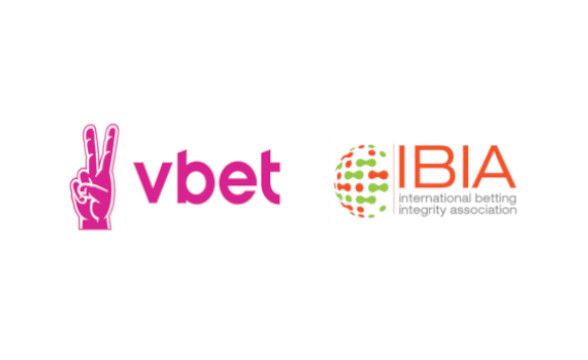 VBet, a well-known global sport betting brand, has become the latest member to join the International Betting Integrity Association (IBIA). IBIA is a collation of sports betting companies and officials who are committed to eradicating corruption in sports. VBet is present in some of the most important betting markets in the world and Europe, including […]

VBet has become the official sports betting partner to Paris Football Club and will stick with the team throughout the remainder of the 2021/22 season as well as come back for the new soccer campaign in 22/2023. Paris FC is part of Ligue 2 and now has a chance to progress in the upper flight […]

XB Net is making another stride towards the global horse betting market after conquering the North American and Australian regions with NorthAlley, a leading platform in India. The new collaboration will allow XB Net to extend its range of experiences and local pool-wagering services from tracks in Australia and North America to NorthAlley. XB Net […]

The international sports marketing agency Sportfive and the award-winning sports betting and gaming operator VBet have announced a new agreement with the retired professional soccer player Laure Boulleau. Boulleau Becomes VBet’s Brand Ambassador As per the deal, the French women’s soccer star will become a brand ambassador for VBet. This is an unprecedented deal and […]

Online sports betting and gaming brand VBET announced today it entered into a partnership deal with the Ukrainian Ice Hockey Federation (FHU) to become title sponsor of the Ukrainian national ice hockey team. Restoring Popularity of Ice Hockey Under the terms of the sponsorship deal, VBET and the FHU will collaborate to restore the status […]

An existing distribution deal between North American racing content supplier XB Net and Irish-based sports betting group BoyleSports has been renewed to allow horse racing fans in the UK and Ireland access to exciting racing events. “BoyleSports is a big brand whose expertise and customer service is best-in-breed. So, it’s a timely moment at which […]

Racing industry content provider XB Net secured exclusive terms in a 3-year contract extension for the Breeders’ Cup World Championship to bolster its ongoing partnership with the festival of thoroughbred racing around the world. Broadcasting and Video-Streaming Rights The agreement between XB Net and the Breeders’ Cup includes broadcast and video-streaming distribution rights from the […]

Vbet Gets License for Operating Casino and Poker in Ukraine

BetConstruct’s business-to-consumer brand Vbet has been approved by the Ukrainian gambling and lottery regulator KRAIL for a license for operating online casinos and poker in the country. With permission from KRAIL, Vbet will become Ukraine’s very first official online poker room. Ukraine outlawed gambling in 2009 before finally legalizing it once more in 2020. An ecosystem will now have to be established anew.  Vbet […]