VBet has become the official sports betting partner to Paris Football Club and will stick with the team throughout the remainder of the 2021/22 season as well as come back for the new soccer campaign in 22/2023. Paris FC is part of Ligue 2 and now has a chance to progress in the upper flight of French soccer with Ligue 1 within reach.

VBet is effectively showing confidence in the long-term prospects of the club which is looking to make its best and enter the first division of soccer as that is tied to better exposure, financial opportunities, and brand awareness. Moving forward, the VBet logo will be visible on the team’s jerseys as well the home stadium at Stade Charléty.

This brand awareness will be promoted over the next 18 months as part of the two organizations’ partnerships. VBet has confirmed that the partnership will extend to Paris FC’s men’s and women’s clubs, which gives the collaboration an added layer of significance for the organizaitons. VBet CEO David Ozararat commented:

“We are very happy to support Paris FC. It is a great opportunity for VBet to be present alongside the second Parisian club, which is followed by real fans, as it evolves in the top three of its championship and has the means to match its ambitions.”

Paris FC is actually historically tied to Paris Saint-Germain and goes back to the 1970s. The clubs were originally one unit, but they split at the beginning of the decade and went their own separate paths. While PSG has clearly been the more successful of the two in recent history, Paris FC is an important fixture on the sport’s landscape.

Meanwhile, Paris FC president Pierre Ferracci has welcomed the opportunity to be teaming up with VBet. He praised the new collaboration between the organizations and said that Paris FC continues to grow its footprint both in the domestic market, but also internationally. “I would like to thank VBet for its support and for the great confidence it has shown in us. Welcome to VBet with Paris FC,” Ferracci added.

VBet is also known in the French market as the betting company-sponsored other French clubs, including AS Monaco. Meanwhile, the French gaming regulator, the L’Autorité Nationale des Jeux (ANJ), has said that it would seek to more actively block websites that are targeting French citizens without a license in clear violation of gambling laws. 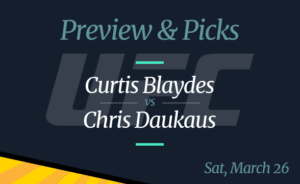