Allwyn has proceeded with its plans to acquire Camelot UK Lotteries and expand its presence in Britain ahead of becoming the National Lottery operator. Acquiring Camelot, which is the incumbent operator, will allow the Czech company to immediately take the reins.

The deal was announced by Allwyn and Ontario Teachers’ Pension Plan Board. Under the agreement, Camelot UK will become a wholly-owned subsidiary of Allwyn. The terms of the deal, including the financial aspects, were not publically disclosed, although earlier reports claimed the acquisition would cost around $118 million. The agreement is set to close in the first quarter of the next year and is still subject to regulatory approvals from the relevant authorities.

Allwyn Is Thrilled to Expand in the UK

Allwyn AG’s chief executive officer, Robert Chvátal, praised the deal, noting that he is delighted to welcome the operator of the third National Lottery license to the Allwyn family. He noted that the two companies have the same ambition of bringing quality entertainment to people in the United Kingdom and funding good causes.

Allwyn and Camelot share a common goal: a passion to protect and improve the UK National Lottery, and the good causes it celebrates.

Chvátal added that Allwyn is bullish on improving the National Lottery, bolstering player protection and generating more funding for good causes. He concluded that the acquisition of Camelot UK would strengthen the transition process, helping Allwyn achieve its vision for the National Lottery.

Meanwhile, Nick Jansa, Ontario Teachers’ executive manager for Europe, Africa and the Middle East, said that Camelot is proud to have operated the National Lottery for the past 12 years. He noted that in that time, the Lottery raised more than $23.6 billion dollars for good causes, supporting thousands of organizations across the UK. Jansa praised Camelot’s management and employees for their hard work. He said he hopes for a smooth license transition and wished Allwyn every success.

From Foes to Friends

The current agreement follows the UKGC’s decision to crown Allwyn as the successor of Camelot. At first, the latter company was not very happy with the prospect of losing its throne and launched a lawsuit that prevented the regulator from officially awarding the license.

Luckily, the two companies ended up settling the matter peacefully. In addition, Allwyn’s decision to acquire Camelot will further ensure that the incumbent National Lottery operator doesn’t go bankrupt after losing its license. In the meantime, it will boost Allwyn’s business in the UK, helping it consolidate power in the country. 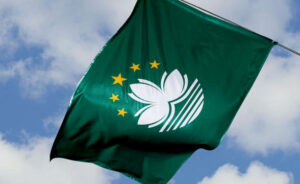 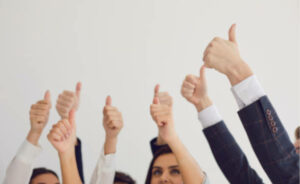 Lottery November 21, 2022
We Are Technology Group Joins Forces with PixBet in Brazil