Macau’s economic well-being has historically been somewhat tied to its tourism and hospitality industries. The recent Q3 financials for the region reflect that perfectly.

Macau’s gaming services exports dropped by 72.5% in the third quarter of 2022, compared to the same period last year. This fed an overall 46.7% decline in exported services year-on-year. The reduction in visitor numbers was 50.8%, which is indicative of how interlinked the gambling industry in the special administrative region (SAR) really is. This dependence is a possible reason for the SAR’s decision to look outside of gambling for its GDP in 2023.

As a result, the SAR’s gross domestic product (GDP) saw a year-on-year decline of 33.4% in 3Q22. This was mainly driven by the June lockdown, which saw many businesses – including casinos – completely close down for almost half the month. This was also accompanied by a drop in investments, which saw a 34.2% decline, as well as a decline in domestic demand, which dropped by 14.4%. With the drop in demand, imports were also affected, with goods and services sliding by almost 29% and 5% respectively.

Tourist numbers in September were 557,842 – a good increase compared to August’s 331,397. June numbers were severely limited to 9,759 in the face of the lockdown and tighter travel restrictions. This is indicative of the SAR somewhat slowly recovering but considering the pre-pandemic numbers were usually above or around 3 million, there’s still a long way to go before talks of recovery become realistic.

The SAR’s economic position has historically always found a somewhat strong correlation to its tourism and hospitality sectors. The occupancy rate of its hotels reached 37% for the period, which is also down 13.5% compared to last year’s period, which is somewhat in line with all the results look at so far. The occupancy rates of Macau’s hotels were almost constantly above 90% in the months preceding the global pandemic.

The COVID case that led to the June lockdown somewhat dampened the industry’s creeping recovery efforts, along with projections for its future. Macau set its gross gaming revenue (GGR) target for 2023 at the same level for the third time – $16 billion. The SAR failed on its two previous attempts at it, and there isn’t an abundance of factors that show the target as feasible. There are a few, however, and operators in the region have already been notified of the changes in gambling legislation.

For starters, Macau’s public tender round for casino concessions saw seven operators fight over its six available licenses, which meant companies were still willing to invest in the region. This was actually well after operators had already made moves to support their Macau operations, with Wynn lending a $500 million loan to its business in the region, and somewhat more recently, MGM did the same, with a $750 million loan. 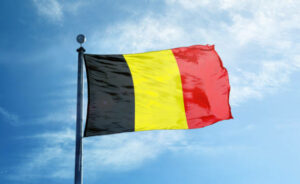