In March, UK’s Gambling Commission (UKGC) announced Allwyn Entertainment as its favorite applicant for receiving a license to operate the National Lottery from 2024 onwards. The decision would remove long-standing Camelot from its three-decade reign over the country’s lottery reins. At the end of March, Camelot notified the media that it would consider challenging the commission’s actions in court. The operator went forward with its plans and sent a legal notification informing the commission that it would be challenging the key phases of the competition for the fourth National Lottery license in the High Court.

The UKGC Claims the Competition Was Fair and Lawful

Camelot’s chief executive Nigel Railton claimed the commission did not manage to offer a “satisfactory response” as to why it chose to reject its bid that had originally received top appraisal during the scorecard phase of the competition. Camelot suspects the commission may have decided to change its evaluation policy as a means of favoring Allwyn’s new bid. Reports indicate that the commission initially used a 15% discount rule when assessing the bids, which was later on pulled out from the assessment procedure.

The UKGC officially notified the media that it had received the legal proceedings from Camelot following the results of what the commission called a “highly successful competition for the fourth National Lottery license”. The commission also stated that the competition and its evaluation have both been completed in a fair and lawful manner, according to the strictest statutory duties. The UKGC expressed its hope that the High Court would reach the same conclusion, confident in the fact that Camelot’s legal challenges would not prevail while expressing regret over their decision to challenge their procedures.

Further strengthening its arguments, the commission emphasized that it had successfully applied all necessary measures to provide a level playing field for all competitors, from top to bottom. UKGC added that it would continue to collaborate with Camelot to create a brief and seamless licensing transition for Allwyn Entertainment for the common good and well-being of all participants.

Camelot Was Shocked by Aspects of UKGC’s “Badly Wrong” Decision

Allwyn, the lottery operator under the ownership of Czech billionaire Karel Komárek, managed to beat Richard Desmond’s Sisal, Sazka, Northern & Shell, and current operator Camelot in the heated four-way fight for the upcoming license. Accordingly, Allwyn will be taking over the National Lottery from Camelot in 2024. While playing a double role as the current operator of the lottery as well as an applicant for the upcoming license, Camelot was “shocked” by certain aspects of the UKGC decision. Railton said Camelot firmly believes that the commission’s decision was “badly wrong”.

Nonetheless, in spite of the lengthy correspondence that soon followed between the commission and Camelot, the commission did not provide satisfactory answers regarding the assessment process that resulted in Allwyn’s success. This forced Camelot to seek its answers in the court of law, especially since the competition is one of the most important procurements sponsored by the government, thus deserving full and independent scrutiny.

Camelot also considers its 1,000+ hard-working employees worthy of a proper explanation on behalf of the commission, given their non-stop efforts to operate the national lottery under the current license.

The commission stated it will not be discussing any specifics of the litigation until the procedure will be concluded, as a means of further protecting the integrity of the process.

At the beginning of March, Camelot updated its gaming certifications after receiving the Responsible Gaming Certifications for the European Lotteries as well as the Level 4 World Lottery Association for the fifth consecutive time. The two accreditations emphasize the fact that the National Lottery is running its lotteries with the utmost respect for player safety and player protection. 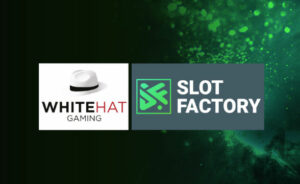 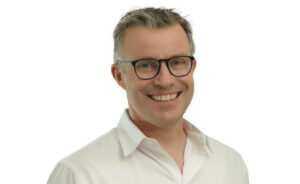 Industry April 4, 2022
XLMedia's CEO Resigns, the Company Will Search for a Replacement