Liggero reached out to several established professionals in the field, asking them how cryptocurrencies could be maximized to the point that consumers adopt them more readily.

The ensuing discussions touched on the onboarding process as well as the correct approach, whether through an organic growth or more aggressive marketing that allows an established company to push for a wider adoption.

Discussing the “Blockchain Payments as a Driver in Crisis,” Funfair Technologies COO Lloyd Purser emphasized on “education.” Apart from continually improving a product and adding new features, Purser said that consumers should be aware of those benefits in the first place.

There is “no magic silver bullet,” he said. Funfair Technologies focuses on both improving the existing product as well as facilitate the onboarding journey. One of the essentials in converting users, Purser said, was to let them have access to simple and intuitive technologies. He cited Funfair’s own crypto wallets as a key part of the process.

Be the Biggest Disruptor

Next spoke CryptoProcessing.com CEO Max Krupyshev. According to Krupyshev, disruption was the way to go. Instead of trying to coddle consumers into trying a new cryptocurrency payment method, brands with proven track record should be pushing harder for consumers to adopt alternative payment methods, he said.

He acknowledged, though, that educating consumers still played an important role. Krupyshev also touched on the exchange rate and explained that while the potential to turn a profit is there, consumers should be offered a fair rate of exchange so they have an incentive to try a dedicated gaming token – or cryptocurrency.

Even to date, bitcoin remains the preferred gaming token, with $FUN bravely making forays into a segment that is very competitive. Unlike other tokens, though, $FUN does have credibility.

Know Your Customer and Establish Legitimacy

Cryptopay’s Tom Bloor chimed in and broached another aspect of helping more consumers make the journey from FIAT to cryptocurrencies. He explained that it all came down to having familiarity with your customers and what they need and expect.

“If you know what your customer behavior is and you know if they prefer convenience or transparency this should inform how you plug in and accept how you are going to work with cryptocurrency,” Bloor said cited by CasinoBeats.

Pinnacle’s Isabelle Delisle touched on public perception and awareness. She suggested that until cryptocurrency payments are mainstream, people will most likely look at them as “dodgy.” Delisle specifically drew attention to established financial institution and the lack of trust that came from them.

She was convinced that companies in the space should draw attention to the fact that cryptocurrencies can be a legitimate payment method.

Will the Exotic Sports of Today Keep Their Popularity? 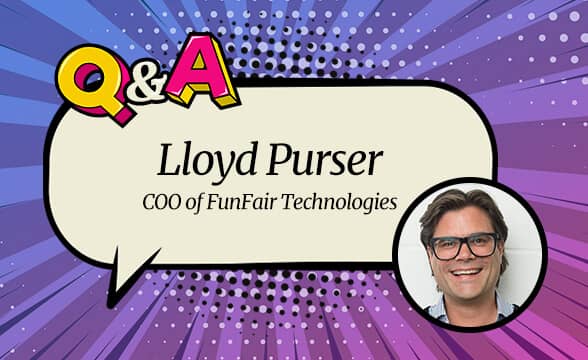 Hello Lloyd, It’s very good to have this opportunity to talk with you. Since beginnings are always hard, we will jump right into it. FunFair Games has been up to many exciting things recently, but perhaps nothing rivets attention the same way as the promise of your multiplayer casino games. With ‘Rocketeers: To the Moon!’ […]

Ethereum blockchain games continue to grow at a quick pace, with the next 24 months expected to lead the way. Play-to-earn games both in and outside iGaming will remain the main source of interest. Blockchain Games Create Digital Collectibles of Real-World Value Speaking at the Ethereal Virtual Summit, a number of established Ethereum game developers, […]