The announcement came Monday and marks a major step ahead in Allwyn’s acquisition of Camelot from the Ontario Teachers’ Pension Plan Board. The plan for the takeover was announced after a legal battle between the duo lasted for several months. Ultimately, Allwyn, as the winner of the fourth National Lottery license, agreed to acquire Camelot in an effort to strengthen the Lottery and ensure a smooth transition. At the same time, the company confirmed that the acquisition will bring certainty for good causes and benefit not only Allwyn but Camelot employees as well.

Camelot and Allwyn continue to collaborate for the transition from the third to the fourth National Lottery license. The company’s license is set to expire in one year and starting from February 2024, Allwyn will be in charge of the Lottery under the fourth license. Still, the completion of the acquisition of Camelot is subject to relevant regulatory conditions.

The Acquisition Will Bring Changes to Camelot’s C-Suite

Upon completion of the takeover, Camelot is expected to undergo changes within its management-level and board teams. Neil Brocklehurst and Clare Swindell, who currently serve as Camelot’s commercial director and chief financial officer (CFO) will transition to the roles of co-chief executives. This change will be in effect after the takeover is completed. Then, the duo will lead the company until the third license expires.

Besides the duo, the takeover will implement further changes to the management-level team at Camelot. Sir Hugh Robertson, the company’s current chairman, as well as Nigel Railton, Camelot’s CEO, are expected to step down from its Board. Consequently, Sir Keith Mills is planned to take the position of Camelot’s new chair after the takeover is finalized. Still, this appointment is subject to the necessary regulatory approvals.

“We are thrilled to welcome Camelot into the Allwyn family. We are united by our common passion: to protect and improve The National Lottery, and the good causes it supports.“

Robert Chvátal, Allwyn Group’s CEO and Allwyn UK interim CEO, acknowledged that the approval from the Gambling Commission marks an important milestone for the company on its way to becoming the next operator of the National Lottery in the UK. He explained that the takeover will help facilitate the license transition while “bringing together the collective expertise and technical know-how of two highly experienced lottery operators.” In conclusion, Chvátal thanked Nigel and Sir Hugh for their dedication which ultimately brought success to the National Lottery. 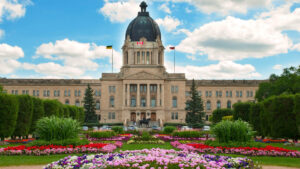 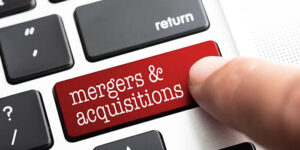