Félix “xQc” Lengyel has made another eye-watering revelation on Twitch, his preferred streaming home, in which he outlined the exact amount of money he has been able to wager during gambling streams since May. The streamer, both loved and hated for his affinity to gambling, said during an August 7 broadcast that he had actually wagered a total of $685,075,984 across 656,376 bets and won 63,057 out of those, with 583,405 losses.

He was responding to a Bloomberg article by Cecilia D’Anastasio, a respected journalist, which he found to be inaccurate in relaying the numbers that xQc had wagered. He was specifically piqued by a quote that said that a promotional code he shared brought $119 million to a third-party company whose website he visited and played on stream.

The numbers were not true, xQc added and added that the article spreads misinformation. The streamer further denied promoting any codes on his stream either. xQc is just one of many streamers to have taken up gambling of late.

xQc’s own relationship with gambling has been a fraught one. He admitted to suffering from gambling addiction but assured audiences that it was okay since he could afford it, and he is not alone in enjoying gambling on-stream. There are numerous other streamers who have been around before him (xQc only returned to gambling streams earlier this year), including Tyler “Trainwreck” Faraz Niknam.

Twitch has taken no issue with gambling streams so far, although a petition has surfaced, asking the Amazon-owned company to address what some members of the community see as a growing problem. The slot category, which is the one that xQc explores most of the time these days, has also been one of the top ones on the streaming giant.

Banning Gambling from Twitch May Not Be an Option

Removing sponsored gambling content is a tenuous problem that is unlikely to result in success very easily. Some streamers have accused their fellow content creators of selling out their souls, while others spoke openly about having a very hard time turning down a gambling deal – the ones who spoke publicly said they had, but the temptation was there all along.

Gambling companies also seem to make it very hard to resist turning down an offer. The account of Mizkif, real name of Matthew Rinaudo, is one such story. The streamer said that he had been offered to stream gambling content in exchange for $10 million. He did not mention who made the proposition. 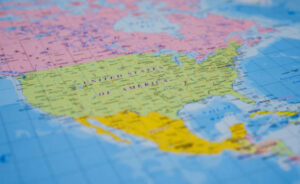 Casino January 30, 2023
Rivalry Expands Casino Offering by Adding New Games
We use cookies to optimize your experience. If you continue to browse this site, you agree to this use.Confirm