Infiltrating enemy lines is usually not an easy task – and when successes are achieved, they are usually engulfed by the fog of war and propaganda machines. Yet, Anastasiya Baydachenko, the CEO of Ukraine’s IAB, has found a way to do just that while not giving the enemy any opportunity to deny that its securities have been breached.

Advertising the War on Gambling and Pornographic Websites

Baydachenko has turned to Russian-facing pornographic and gambling websites where she bought advertisement space so that she can inform more ordinary Russians and Belarussians about the war in Ukraine and incite a level of opposition within their countries.

Since Russian President Vladimir Putin’s forces invaded Ukraine on February 24, 2022, the Russian propaganda machine has been spouting intricate lies to mask the true nature of the war. Russian losses are said to have reached 50,000 soldiers, along with thousands of confirmed lost equipment and vehicles. Yet state mouthpieces talk about a few thousand “heroes” who lost their lives fighting the fascist regime in Kyiv.

Fallen soldiers’ families were paid a pittance for their sons, outside of President Putin’s grandstanding in June when he ordered members of the National Guard’s families to receive $81,000. Baydachenko hopes that by placing the advertisement on these websites, she can reach a big audience in Russia. The war in Ukraine is officially dubbed “special military operation,” and proclaiming it is war in Russia is tantamount to a criminal offense that can fetch you 15 years in the nick. A girl was hauled by police out of her Moscow apartment because she was listening to the wrong songs.

Speaking to Business Insider Baydachenko said that her ads reached people from both countries in around 80% of the instances. She admitted, though, that it’s not the most efficient way to raise awareness, but also remained upbeat about its prospects. “It’s one more tool,” she added, and it should not be dismissed.

Good Way for Outreach, Unintended Consequences to Be Expected

Baydachenko argued that both pornographic and gambling websites were a good way to reach ordinary citizens in Russia and Belarus, but she is equally exploring the existing infrastructure by companies such as Meta and Google. Even though these two companies tend to be more reluctant to push ads about the war being a war in either country, there are ways, Baydachenko told the publication.

There is also backlash that Baydachenko is aware of. She believes that not all of her ads have the intended consequences. Users in the two target countries may simply dismiss the advertisement as propaganda because they have been fed a one-sided story by their governments with questioning the way of things seldom bestowing any benefits to the people looking for answers. 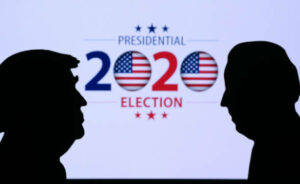 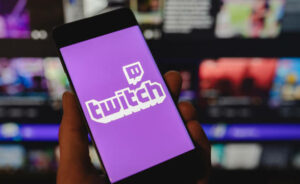