Gambling and Twitch continue to exist in an uncomfortable symbiosis with each other. The slot machine streaming category has skyrocketed once again in May, improving significantly in the wake of post-COVID-19 lockdowns. While slots thrived during the nadir of the pandemic, they have mostly shown diminishing returns in terms of viewership through most of 2022.

Slots Gambling Climbs Back to Top 10 on Twitch

That is until May when the slots category improved once again. In StreamElements’ State of the Stream Report released for May 2022, the firm analyzed data provided by Rainmaker.gg, which tracked the top-performing categories. Slots were up with some 39 million hours watched clocked in this past month.

Slots were once again one of the most-watched categories, ahead of Call of Duty: Warzone, and behind Dota 2. In terms of people who streamed slots the most, Trainwreckstv’s channel remained the most prolific place to watch slot gameplay with the streamer dedicating 300 hours of slot gameplay in May alone.

The category has performed mostly well throughout 2022, albeit a little slower than it did in 2021. Slots managed to crack Top 15 every month of the year so far, but May was the first time they actually made it into the Top 10. In terms of streamer popularity, two slot and gambling streamers were in the Top 5.

Trainwreckstv’s channel was fifth with around 10 million hours watched. xQc has been dethroned from the top spot by Gaules, a fellow streamer. xQc made a switch towards slot gameplay and streams earlier this year, stirring a flurry of reactions online with some commending his choice but many criticizing it or tuning out altogether.

Part of the recent slowdown in total hours watched at xQc’s channel, a former Overwatch player and content creator, may have to do with the fact that part of his core audience built over the years is not interested in gambling streams.

xQc still came close to 25 million hours watched in May, though, an impressive number by itself. The streamer has been promoting gambling streams after quite a bit of controversy. He is a self-professed gambling addict, which is already worrying.

Nevertheless, xQc has assured that he can afford to live with gambling addiction and even continue to do what he does. This is the wrong message to send to gambling addicts out there. xQc has also revealed that a total of $119 million had been wagered by May through an affiliate link he placed in his Twitch stream channel’s description.

He is not the only streamer to have a fraught relationship with gambling, though. Trainwreckstv has also stated on multiple occasions that he was in the red. Why do it if they end up as addicts losing hundreds of thousands of dollars on stream? Partnership money for streamers can run up to millions of dollars, making many streamers, including Mizkif, think twice before passing up on such an offer. 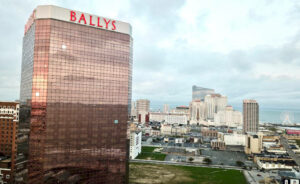 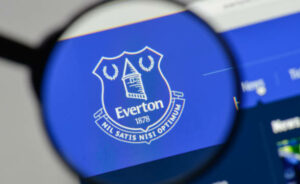