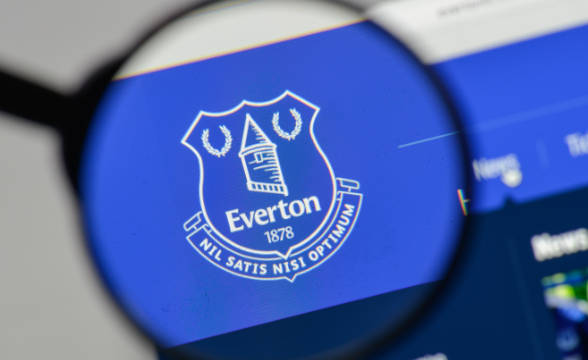 A web-based petition calling for English football club Everton to drop their new sportsbook sponsor gathered 20,000 signatures. The team recently made a sponsorship deal with prominent operator Stake.com for $12.5 million per season and put the gambling company’s logo on the front of Everton players’ shirts.

The Petition Focuses on the Harm of Gambling Products

The person who initiated the petition is Ben Melvin, an Everton FC fan who has previously suffered from gambling addiction and is aware of the devastation this affliction may cause. Melvin stated that young people would be “bombarded with the Stake.com brand every time they watch their favorite team play” and claimed that advertising gambling to children was dangerous and irresponsible. “The partnership does not sit right with the club,” the man continued and stated that the deal with Stake.com went against the club’s standards, motto, and efforts to help individuals with mental health issues.

The UK’s gambling commission’s 2020 survey showed that 37% of 11–16-year-olds in England and Scotland had gambled in the last 12 months. The Commission also discovered that the desire to add excitement to another event, such as a sports game, was a key component in betting behavior. Ads from operators were widely noticed but did not usually initiate gambling behavior by themselves.

Another survey by YouGov found that 1.4 million British citizens had experienced harm due to gambling, and an additional 1.5 million were at risk. On the other hand, the Betting and Gaming Council, together with the Premier League and the EFL, claim that there is no evidence of a causal link between betting sponsorships and harmful gambling.

Everton has acknowledged that gambling sponsorships have problems, but after losses of £372million during the last three seasons, the club may find it difficult to budge on the deal despite mounting discontent from fans. Norwich FC recently also faced a similar dilemma and buckled under fan demands, ending its agreement with online gambling operator Dafabet.

The issue may soon become a moot point as the UK government is finalizing its extensive gambling reforms. Among the possible changes is a blanket ban on gambling operator kit sponsorships, which would cost clubs £40m a year.

The UK is not the first country to consider such reforms. Italy, Spain, and Belgium have introduced bans on gaming advertisements. Results showed that clubs successfully managed the transition away from gambling operator sponsorships without any significant financial impacts. Shirt sponsorship profits in the country even marked a slight increase, and just a single Italian club- Lazio, remained without a sponsor.

The upcoming legislative changes and the increased fan unrest could push Everton to cancel its sponsorship with Stake.com. Any new regulations regarding advertisement will likely give football clubs time to adjust, so it might be in Everton’s best interest to wait until the new law’s unveiling and then plan accordingly.