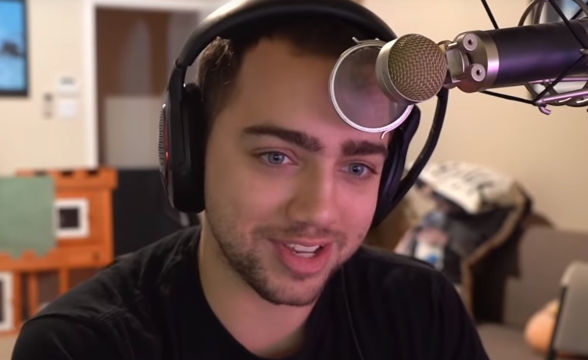 Twitch streamers have long been the focus of gambling companies’ marketing forays. Video is the leading form of advertisement and arguably the most successful one. Yet, it costs dearly to run a successful video marketing campaign, but Twitch solves this problem by enabling individuals to rapidly gain unprecedented exposure that could be converted into leads if a streamer agrees to push a brand on their broadcasts.

According to Twitch streamer Matthew “Mizkif” Rinaudo, gambling companies have been targeting him with seven-figure partnership offers to promote their products. Mizkif admitted that he was offered $10 million to advertise one unnamed gambling brand. He responded to a YouTube video entitled “The Puppets of Online Gambling,” delving into the practice of streamers agreeing to push gambling products onto their audiences.

A number of Twitch streamers were named in the video, including Trainwreck, Adin Ross and Mizkif, some of the most prominent names on the platform who has some relation to gambling.

Trainwreck was most recently brought up during a Pokimane stream in which a person admitted to having lost $60,000 after feeling compelled to gamble watching his streams. Mizkif opened up about how these gambling partnerships impact his view of the world. He argued that as a 27-year-old person being offered $10 million straight up, he did consider accepting the partnership.

Hard to Resist Making a Bargain with the Devil

Mizkif explained that while he did not necessarily approve of gambling as an activity, there was a lot of good that could be done with $10 million. Some of it would go to charity he said on stream. The deal was not grueling or anything, Mizkif added, commenting that the deal would have required him to only stream gambling 15 hours a month.

Naturally, the topic spawned a Reddit discussion where people weighed in to consider whether it was “right or wrong” for Mizkif to have accepted the deal. Some have argued that if Mizkif is offered $10 million for 30 minutes of work every day, the real issue should be about asking how much gambling companies actually make to be able to afford to pay that much.

Many Redditors argued that turning that kind of money would be difficult to turn down for many streamers and sooner or later, more streamers will be openly promoting gambling and normalizing it. While Twitch will no doubt do something to contain the spreading of gambling, it would probably not be completely successful and loopholes will be found.

However, streamers must also be prepared that promoting offshore or illegal gambling sites on the platform could easily end them in trouble with authorities in the United States where most gambling companies are currently targeting their products. An offshore betting company is any company that has not been licensed to offer online gambling products in the United States.