The country has submitted a consultation paper to the European Commission, seeking the power to mandate DNS blocking as a measure of last resort against gambling operators who flout Norwegian gaming law and fail to communicate and collaborate.

Norway will continue to follow the best practices regarding consumer safety in online gambling, with the country now seeking to exert more control over Internet Service Providers (ISPs) for the purposes of suspending access to unauthorized gambling websites. Black market websites have been targeted by numerous governments across the European Union. Sweden appointed a black market lead in 2020, and the Netherlands continues to seek and penalize offshore operators.

To tackle the issue with unregulated operators, Norway has submitted a consultation paper to the European Commission attempting to secure permission for its national gaming regulator to help combat offshore operators who have been targeting Norwegian players without proper licenses.

If successful, the Norwegian Gaming Authority (NGA) would be allowed to pursue a more definitive course of action against wrongdoers. To do so, it has to prove to the European Commission that its laws have been violated by websites that are repeatedly targeting its citizens and luring them to unregulated bookmakers and interactive casinos registered outside the country.

Norway’s Minister of Culture Abid Raja was convinced that websites that target and try to attract players from Norway were, in fact flouting the country’s laws. “With blocking, we will be able to gag them. We will go as far as possible to get rid of these companies,” Raja added.

DNS Blocking Is Not a Preferred Measure

He agreed that the officials were not keen on using DNS blocking as a measure but admitted that it would be the only way to ensure that these companies are not able to access vulnerable customers.

The Norwegian government would not apply DNS blocking without proper considerations, including how the ISPs would be affected if they were ordered to suspend access through this practice. NGA would try to consider the interests of all involved parties, with consumer safety foremost.

However, Norway seems more inclined to seek a middle ground as opposed to other jurisdictions, such as Australia, which have been banning an increasing number of websites over the past year with the help of its media regulators.

Instead, Norway will get in touch with gambling operators directly and try to convince them to pull out willingly of the market before more serious penalties are applied. Naturally, Norway does not have jurisdiction in many of the offshore territories from which these companies operate.

Yet, the country is confident it can counteract harmful practices targeted at its citizens. Norway is already in the process of revising its Gambling Act which will come with tougher restrictions for unlicensed gambling operators.

Elsewhere in the European Union, Poland has been able to shrink the offshore online gambling market to 25% in 2020 as compared to 80% in the pre-regulation period. 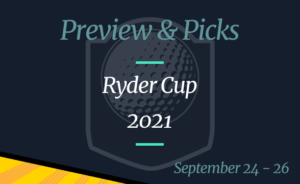