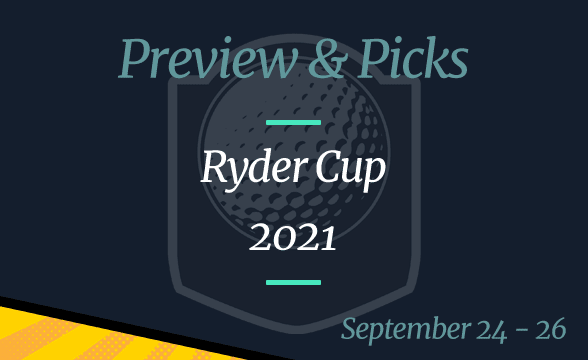 The United States will be heading into the 43rd edition of the Ryder Cup on Friday, September 24 with revenge in their hearts. After the team lost the competition in 2018, Team USA will be looking to settle the score. There will be plenty of opportunities to do so in the ensuing golf battle with Steve Stricker taking the lead as captain for the team.

He will have a number of talented golfers to fall back upon, including Bryson DeChambeau and Dustin Johnson who will surely add to the team’s overall lineup and help settle a historic wrong. The USA will be looking to win for the second time in the last four editions and that is already enough reason to tune in and watch the event.

Team Europe, though, has many talented players to respond with. The Old Continent will be sending the likes of Rory McIlroy, Tommy Fleetwood, and Jon Rahm to put up a fight and Europe looks like it’s prepared to give Team USA a good run for their money, with the prospect of winning even if the odds seem to put Europe as the underdogs.

In the unlikely outcome of a draw, any sports bettor who has placed their bet on the Tie would be looking at a (+1200) potential payout for every $1 wagered.

Where, When and How to Watch Ryder Cup

Why Are Team USA the Favorite?

The USA will be coming to the event with a strong lineup of proven golfers. Even more importantly, the team currently has eight of the top ten players in the world ranking list, suggesting that Europe is at a strong disadvantage in overall numbers.

Yet, Europe has Jon Rahm who is currently the world’s top-ranking golfer. His coaching and training could allow other talented players on the list, including McIlroy and Hovland, to pull off better-than-expected performances which should be a reason for concern in Team USA.

Of course, the friendly nature of the tournament also suggests that these two groups of players will be mostly vying for bragging rights. However, it’s unlikely to expect anything else than the squads’ best performance in the upcoming golf flurry on Friday.

While Team USA clearly holds the lead, Europe has not been doing so badly overall in the previous editions of the Ryder Cup. The US won in 2016 by a 6-point difference but succumbed to Europe in 2018 by a 7-point difference. Europe has been winning steadfastly in the past decade and today they find themselves in the unlikely position as the underdog.

Of course, the rank list has changed in the past few years, but it still feels that Americans are more individualist where Europeans play as a tighter unit. The US also has the RAW and proven talent that gives us yet another reason to believe they are justly listed as the favorites.

However, numbers aren’t everything and we believe that the Europeans will claim this year’s edition once again. If we had to pick, we would bet (+200) on Team Europe.