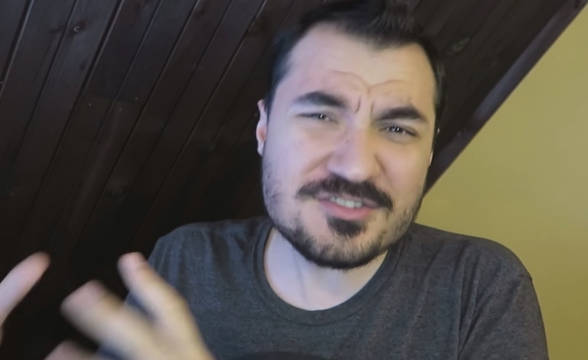 Kripp has become the latest Twitch streamer to weigh in on sponsored gambling sponsorships, and with this, adding to the overall controversy of the issue. The Twitch veteran and sworn Hearthstone player said that gambling on the Amazon-owned streaming platform is not an issue if it’s done correctly.

Kripp spoke about the “right conditions” to stream such content. His opinion is a direct response to xQc’s return to gambling. As one of the largest streamers and content creators on Twitch, xQc has a lot of pull with audiences, and some have argued that this could expose vulnerable individuals to more harmful gambling.

In fact, fans have already wagered close to $120 million through xQc’s steam, using his unique promo code that leads to Stake.com, the same website that is currently teaming up with musician and artist Drake. Kripp though isn’t entirely sure that is wrong. Kripp bucked the trend once again by offering a more pragmatic look at matters.

There should be “a lot of conditions” for gambling to happen, he argued but added that he doesn’t think that there was anything wrong with gambling, to begin with. If Kripp was passing any judgment at all, it was directed at people who acted a little too strait-laced:

Kripp’s main point was to make sure that he is being understood in his belief that there is nothing inherently wrong with gambling, but rather – it was all a matter of good regulations. His main beef was with sponsored gambling streams that were clearly unregulated.

Unregulated Websites Will Have to Go

Kripp particularly took issue with unregulated websites that use cryptocurrency and are operating “out of nowhere” or as he put it “in the Bermuda Triangle or some shit.” It was not clear if Kripp was talking about Stake.com at the time, although Stake.com is the biggest cryptocurrency gambling website it seems that sponsors gambling streams on Twitch. Pressure has been mounting to make sure that these streams are regulated, as Kripp suggested, so over time, there may be new rules introduced for streamers.