Toronto-area and Stake.com ambassador rapper Drake has decided to give $1 million to a lucky fan. The giveaway was made in Bitcoin as the rapper was playing roulette on his favorite cryptocurrency casino, a session that ended up in a whopping $20 million losses for the popular music artist.

Sharing the Good Fortune – While It Lasts

A true gambler at heart, Drake did not let that momentary setback “spread the love” as he gave the seven-figure prize to a fan who was watching his Twitch performance as he continued to pile on high stakes roulette with Stake.com. The rapper didn’t take long to accumulate the losses.

At one point he won $18 million on his lucky number 11 on roulette, but the overall tally for the night stood of $20 million in losses. Drake donated a number of Bitcoin packages worth BTC 2.6 each or roughly $75,000. People from all over the world managed to win, including fans from Canada, but also distant lands, such as Argentina, Brazil, Mexico, India, and Jordan.

Drake has been promoting the Stake.com brand a lot recently, as part of a partnership between the two. He won a parlay wager worth $2.6 million on Stake.com and has been a frequent player at the casino. Stake.com and Drake confirmed that the pair are teaming up to do this Twitch run once again and they plan to be back with other promotions and events.

The Drake’s Curse Both Loves and hates The Man

Drake is no stranger to throwing down the occasional bad wager as well. The man has been humorously associated with the “Drake’s curse” and he recently lost a $235,000 bet on Formula 1. On the plus side, Drake won a $1 million wager on the Golden State Warriors, which came with no giveaways but showed that the rapper does know how to back the right team. 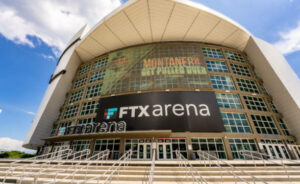 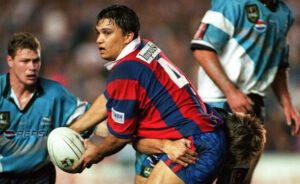