Leading gambling group 888 Holdings is holding its Capital Markets Day today, November 29. Ahead of the event, the group spoke about some topics that will be discussed. Paying back 888’s outstanding debts continues to be a core priority amid investor unrest.

888 Holdings Must Deal with Debts

888 shareholders remain concerned about the money the holding is yet to pay. Following the monumental acquisition of William Hill, the group owes about $1.9 billion (current currency conversion rates). Because of this, the company now has a higher net debt than initially anticipated and, as a result, is exposed to higher rates set by banks across the globe.

In a statement preceding the CMD event, 888 said that interest rates had affected its ability to reinvest excess cash flow in accelerating short-term growth. In order to mitigate these negative effects, 888 plans to access debt capital markets and use proceeds to repay up to $415 million back. This, the company said, is supposed to happen within the next few weeks or months. In addition, 888 hopes to cut its net debt from 5.7x earnings to 3.5x by the end of 2025.

888 will also seek to improve its profitability to make sure it is capable of dealing with the ongoing headwinds.

Pazner Has Not Regretted the Acquisition Once

888 purchased William Hill’s non-US assets from Caesars Entertainment. The deal was closed this summer, following the unanimous approval of 888 shareholders. The finalization came in the wake of several months of negotiations, during which the two companies had to amend their agreement as William Hill had come under fire by the United Kingdom’s regulator.

By acquiring William Hill, 888 came into possession of over 1,500 betting shops in the UK and iGaming businesses in Spain and Italy. Despite the difficulties, Itai Pazner, 888 Holdings’ chief executive officer, said that he does not regret the deal. In the CRM announcement, the CEO said that he hopes to fully integrate the business within the next two years. He said 888 plans to focus on expanding 888’s portfolio with content from world-class brands.

As reported by Financial Times, Pazner said that the current hurdles are outside the control of his team but dealing with them is not. He prefers to remain optimistic and seek ways to deal with the situation – in fact, he believes that 888 has already made great strides in changing the level of affordability.

Pazner added that his team is now looking forward to the eventual review of Britain’s 2005 Gambling Act. The industry expects the latter to roll out before Christmas, following months upon months of delays and political uncertainty.

In 888’s release, the CEO concluded that he is certain that his company’s “long-term potential remains exciting.” 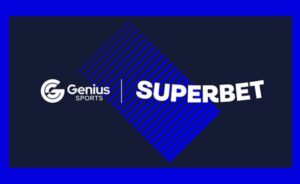