DAZN Bet, the sports betting brand of British media DAZN Group, has a new addition to its executive ranks after former board director of Ladbrokes Kevin Alvarez announced he has joined as Head of IT Operations.

Changing One Industry with Another

Alvarez used his LinkedIn profile to announce that he has quit his role as Operations Director of internet service provider GibFibre, a role he has been serving for over three-and-a-half years and joined the senior team at DAZN Bet.

The former Operations Director of the Gibraltar-based internet service provider used the occasion to express his gratitude to the entire team at GibFibre for all the work done since he joined the business in January 2019.

“I wish all my old colleagues the best for the future and I look forward to an exciting journey ahead with DAZN BET,” Alvarez concluded.

In his new role, Alvarez will remain in Gibraltar and will oversee DAZN Bet’s IT teams and operations. He is the latest addition to the executive ranks at DAZN Bet following in the footsteps of Pete Everson, Matt Harrington, Shane McLoughlin, and Gemma Burge in the recruitment flurry which started with the appointment of Mark Kemp as DAZN Bet’s chief executive officer in April.

Alvarez, who used to serve as a board director at Ladbrokes at one point in his career, performed as IT Operations Manager for Philippine-headquartered AsianLogic serving at its Gibraltar office before joining GibFibre. Alvarez spent nearly three years in the role.

Operating in the online and land-based gaming industry, AsianLogic voluntarily delisted from the Alternative Investment Market (AIM) of the London Stock Exchange (LSE) in 2009 to become private again just two years after being listed.

Before joining AsianLogic, Alvarez served for over a decade in various roles at Ladbrokes where his career started as a Systems Administrator back in June 2004. In 2008, he climbed one step up the corporate ladder at Ladbrokes to become Network Operations Team Lead, a role he perfected for four years until January 2012 when he was promoted to IT Manager and served in both positions for almost a year.

Three months later, he was also named a Board Director and served in both capacities until March 2016 when he left to join GibFibre. 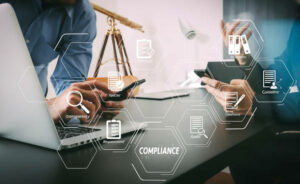