DAZN BET, a social sports betting operator, has reinforced its team with a new head of talent acquisition. The one joining the brand is Pete Everson, who has years of experience in the gaming industry.

Everson Is an Experienced Recruiter

As DAZN BET’s head of talent acquisition, Everson will be tasked with expanding the brand’s team with new employees. Considering DAZN BET’s ambitions to disrupt the betting market, the new appointee will be responsible for finding talented new workers that can push the company forward. Luckily, Everson has years of experience doing exactly that.

The new appointee’s first taste of the gambling industry came in 2017 when he joined Betsson Group as a recruiter. After a few months in the position, Everson was promoted as a recruitment manager and human resources partner.

After more than two years with Betsson, Everson joined Casumo where he remained for almost four years. As a part of Casumo, the recruitment specialist worked as a talent acquisition partner, interim head of people and head of talent acquisition.

The Appointee Is Happy to Join the DAZN Family

Everson commented on his new position, saying that he is extremely happy to be joining the disruptor brand. He teased that the company is looking to expand its team even more and urged people to also join DAZN BET’s team.

We’ll be looking to grow the team rapidly over the coming weeks & months, so if you are interested in joining a future leader in the gaming operators space why not reach out for a quick chat…

Everson joins DAZN BET as the sportsbook prepares to launch in Q3 this year. The sportsbook is led by CEO Mark Kemp, who has previously worked as the chief executive of BoyleSports. DAZN recently named the experienced Shane McLaughlin as managing director for the United Kingdom and Ontario. In addition, Simon Gatenby, a former William Hill worker, assumed the position of chief marketing officer. Matt Hartington, on the other hand, joined as director of legal.

DAZN BET has big ambitions to become a leader in sports betting which is why it has assembled such a strong team of experienced industry specialists. 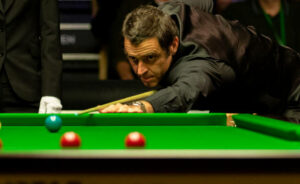 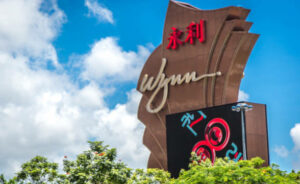 Industry July 5, 2022
Alvin Chau May Have Shorthanded Macau $1B Worth of Tax