A former William Hill employee who scammed his friend’s £20,000 ($23,000) poker bank in the UK was given a 12-month community order at Chester Crown Court, Daily Mail reported.

What the Court Heard

Amer Siddique, a former sports trader for betting companies such as William Hill, Superbet, Sky Betting and Gaming and bet365, stole the bank card details of his close friend and professional poker player Luke Brereton in 2018 and then in the space of three weeks used nearly all the money in his friend’s bank account to place bets with William Hill on football matches and horse racing.

Siddique, who is currently working as a consultant for an IT firm, admitted false representation and, after the court heard he had been getting help for his gambling problems, was handed a 12-month community order and will carry out 150 hours of unpaid work.

He was also ordered to undertake 20 days of rehabilitative activity with the probation service and pay prosecution costs of £425 ($489) and will face a Proceeds of Crime Act hearing later.

According to the prosecution, the theft happened on October 10, 2018, when Siddique, who had stayed with Brereton at his family home in Prestbury, Cheshire, two days earlier, used Brereton’s bank card to book a train ticket for him while they were having lunch and in doing so obtained Brereton’s bank card details.

Brereton testified in court that he had noticed multiple transactions to William Hill by the end of the month but by that time he had gone back to America: it was not until November 16 when he received a message from Siddique on WhatsApp that he had realized what had happened and why £19,399 ($22,308) from his bank account was missing.

After Siddique had failed to take advantage of several options that had been given to him by Brereton to return the money, the professional poker player contacted the police in December but his complaint did not go any further as he had not managed to provide a statement to the police.

Last year, he instigated civil proceedings and after his statement to the police in January this year, the police interviewed Siddique in April.

What the Court Did Not Hear

The case seems complete yet there are questions related to the bookmaker’s role which remained unasked but demand answers mainly due to the professional link between the sports betting company which accepted the stolen funds and the defendant.

Gambling companies, including William Hill, have stringent procedures around identity verification of their customers (KYC) in place and it is hard to explain how someone in possession of the bank card details of another was able to open an account and deposit funds on their behalf.

Had Siddique pulled some strings to achieve that and who inside William Hill had assisted him? Should the Gambling Commission intervene and order William Hill to restore the funds stolen? 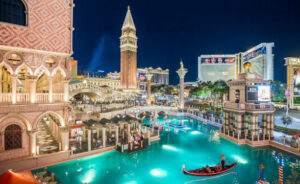 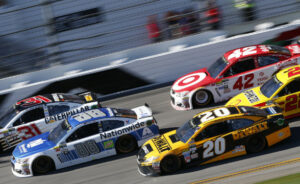