Content-driven provider of iGaming technology catering to the needs of operators via proprietary and exclusive content Bragg Gaming Group has announced it would expand its foothold on the US market with the help of Rush Street Interactive (RSI). The leading online gaming operator in Canada, the US, and LatAm agreed to allow Bragg Gaming’s proprietary Atomic Slot Lab studio located in New Jersey to launch its new technology and content using its BetRivers.com platform. The news comes after similar content launches in Michigan and Ontario recorded by Bragg.

The Atomic Slot Lab studio will roll out exclusive content that will be accessible to RSI’s customers from New Jersey with the help of the Betrivers.com website, as a result of the official launch of Bragg’s fresh new Remote Games Server (RGS) technology in Garden State. The new partnership will also make it possible for Bragg to present additional titles designed for the US market to be released in the future. The list features a series of games from proprietary studios Indigo Magic and Atomic Slot Lab, along with exclusive content generated by Bluberi, Incredible Technologies, and Galaxy Gaming. In 2023, Bragg will also launch a number of new games as a result of its partnership agreement with studios like King Show Games, Gaming Arts, and Sega Sammy Creation.

New Jersey, the Largest iCasino Market in the US

The decision to have its new content rolled out in New Jersey with the help of RSI is not a random act for Bragg Gaming. The company has already used the same solution to launch its  Remote Gaming Server content and technology in Michigan and Ontario earlier in 2022 and it is now targeting the largest iCasino market in the US to do the same. The state’s interactive casino market is expected to generate $1.6 billion in gross wins this year alone and Bragg is ready to harness its huge potential.

The group’s chief operating officer and president Lara Falzon acknowledged the solid demand for their games in the state, mentioning the fact that studios like Spin Games and Wild Streak Gaming have been catering to the live casino entertainment needs of the people of New Jersey for many years. Falzon further explained the decision to roll out the fresh technology and content via the BetRivers brand is expected to unlock their “rich new US content roadmap” to brand new players.

RSI’s chief executive officer Richard Schwartz described Bragg’s slot content as high-quality that “resonates well” with their players. Schwartz also expressed their pleasure to announce the launch of Bragg’s portfolio in the state and offer additional “best-in-class casino content” to BetRivers users. In November, High 5 Games made its gaming content available to customers in Pennsylvania with the help of the same RSI platform. In September, Bragg announced the completion of the acquisition of Spin Games, Oryx Gaming, and Wild Streak Gaming and their consolidation under the Bragg brand. The decision was made right before the group began rolling out its products across North America. 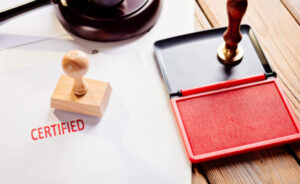