Online casino games provider High 5 Games announced its games has gone live in Pennsylvania with Rush Street Interactive (RSI)’s brands BetRivers and PlaySugarHouse following an expansion of the partnership with the Chicago-based betting and gaming company.

Debut in the Keystone State

The direct partnership signed between High 5 Games and RSI allowed the online casino games provider to debut its products in Pennsylvania and position itself to benefit from the immense growth of the casino gaming market in the Keystone State.

Commenting on the news, High 5 Games’ chief executive officer Anthony Singer outlined the excellent business relationship that had been established between the games provider and RSI over the last few years, “thrilled to solidify” this partnership via a direct integration of High 5 Games titles to RSI’s platform.

“The direct integration gives us the power to expand into new markets faster and be wherever Rush Street Interactive is currently and in the future,” he continued stating that the migration to RSI’s platform in Michigan and New Jersey is complete while the recent launches in Ontario and now Pennsylvania are to be followed by launches in other markets soon.

High 5 Games, in partnership with RSI, has launched its content directly on the operator’s platform in Michigan, New Jersey and Ontario in recent months and the partners are planning for launches in additional markets.

In Michigan, High 5 Games is already live with DraftKings after both parties signed an agreement under which the casino games provider agreed to power the online casino offering of the Boston-based operator with its proprietary suite of games across multiple gaming markets.

Pleased to have expanded the partnership with High 5 Games, chief executive officer of RSI Richard Schwartz outlined the company’s confidence that their players in Pennsylvania “will thoroughly enjoy the portfolio of games” provided by such a “well respected global casino tech company.”

“We look forward to going live with them in other RSI markets,” Schwartz concluded.

The direct partnership made RSI the first gaming operator to bring High 5 Games content to players in Pennsylvania following the Interactive Gaming Manufacturer License the casino games provider received by the Pennsylvania Gaming Control Board (PGCB) in July.

The integration with RSI’s platform will also allow High 5 Games for more rapid deployment of new game content in Pennsylvania and other markets.

Founded in 1995, High 5 Games is now one of the largest independent casino games providers, offering content for brick-and-mortar gaming venues, mobile and online casinos and social markets across six continents and in more than 150 countries. 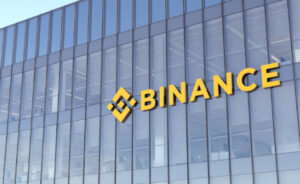