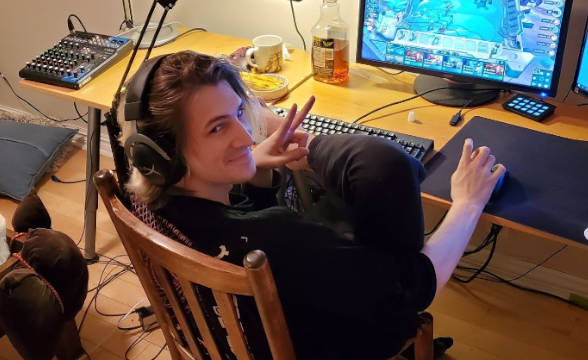 Popular Twitch streamer xQc tried to save face in the fallout of the ban on unlicensed gambling content on the Amazon-owned streaming platform by admitting that he knew what he was doing was wrong but he would not backtrack on his view on the subject.

Doing It for Clout, Money, or What?

In a recent stream, xQc, who was among the big proponents of streaming gambling content on the platform with over half a billion dollars wagered while streaming, tried to backtrack on his previous actions without actually backtracking by admitting that what he had been doing was “wrong.”

He was quick to say that his backtracking was not like other streamers’ backtracking when they found themselves being called out a lot by their audience for doing something that is not good by noting that he would not backtrack on his views on the subject.

xQc also commented in his stream on other popular streamers who already stated their views that gambling content on Twitch is detrimental to the audiences, stating that they were doing this to appease the public rather than share their genuine attitude.

He did not mention any names but it was obvious he was referring to those who were on record criticizing him like Pokimane, who he had been commenting on previously, questioning whether she was against gambling content or just afraid of being called out for doing something wrong.

Heavy Criticism Finally Got to Twitch

Earlier in the month, Pokimane appeared on the H3 podcast hosted by Ethan Klein and Hila Klein and did not spare any criticism for streamers who jumped on the Twitch gambling content bandwagon to promote crypto gambling such as Drake and xQc, questioning their behavior of playing dumb about not knowing where the money for their crypto gambling sponsorships comes from.

Pokimane was among the latest to urge Twitch to take action and ban gambling and she was soon followed by Matthew “Mizkif” Rinaudo who blasted gambling content on the platform, disgusted by its impact on streamers and viewers. Mizkif’s reaction was provoked by the news that another prominent Twitch streamer, Sliker, resorted to scamming his viewers out of money just to fuel his gambling addiction.

The heated debate on the subject finally got to Twitch and just days ago the platform decided to ban unlicensed gambling content in what was another blow for xQc who was on record saying that Twitch would never ban crypto gambling on the platform.