Vivo Gaming, a leading live dealer casino software provider, has just had one of its most successful years yet. In 2022, the company managed to significantly grow its business in Latin America, highlighting its success.

Vivo Gaming Achieved a Lot in 2022

Some of the most recent developments saw Vivo Gaming successfully receive GLI certification for some of the best games produced by its newly opened studios in Colombia and Uruguay. Furthermore, the live dealer specialist opened new offices across the LATAM region, expanding its presence in places such as Costa Rica, Buenos Aires, Montevideo, Bogotá and São Paulo.

To support its growth, Vivo Gaming significantly expanded its team. Over 30 members joined the company’s corporate team alone, underpinning vital areas of its business such as sales, product development and legal. In addition, many new technicians and studio managers joined Vivo’s numerous studios. The company also expanded its roster of live casino dealers by adding new English, Spanish and Portuguese-speaking talents and opened a few new studios in the region and beyond.

Over the last decade and a half, Vivo Gaming has cemented itself as a powerhouse in the LATAM region. The company hopes to retain its leadership and maintain its position as the top live casino provider around. To that end, the supplier plans to continue bolstering its product portfolio and team.

Vivo Gaming’s chief commercial officer, Neil Howells, spoke about the company’s quick expansion. He noted that his company has “an incredibly rich heritage” in its core region, where it’s happy to further expand its business. Howells pointed out that more LATAM countries are expected to regulate gambling in 2023, adding that Vivo Gaming would be happy to expand there.

Howell also teased that Vivo Gaming might take things beyond Latin America and make a foray into other regions as well.

What’s more, we’re consistently building on our first-class product offering and we’re being recognized globally for it, our success in Latin America speaks volumes and we hope to replicate that in other regions and markets around the world in the next 12 months.

Vivo Gaming has helped many local brands differentiate themselves from their competitors. BetWarrior is one such operator. Its casino product manager, Gabriel Kasza, praised Vivo Gaming’s content and solutions portfolio and thanked the provider for boosting his company’s product offering. Kasza said that he was especially impressed with the chroma key tables that allowed BetWarrior to stay ahead of other companies in the sector. 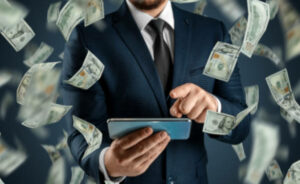 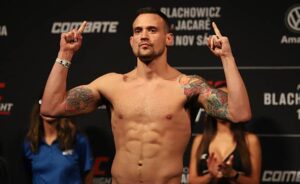