In 2018, one decision of the US Supreme Court changed the gambling landscape in the country significantly. Back then, the Professional and Amateur Sports Protection Act (PASPA) was ruled unconstitutional, allowing the statewide expansion of sports betting.

PASPA used to limit the activity to Nevada but once it was repealed, each US state was given the option to spearhead the legalization and regulation of the activity. Since 2018, more than 30 states have legalized sports betting and the popularity of the activity continues to grow. Amid the growing hype of wagering, Dave Ramsey, the host of The Ramsey Show, recently criticized universities for agreeing to promote sports betting.

Gambling Is the Fastest-Growing Addiction in North America

Late last month, the New York Times released a report outlining that multiple universities have agreed to join forces with sports betting operators. The report pointed out that at least eight universities have signed such deals. On the other hand, a dozen athletic departments teamed up with land-based venues. The report got the attention of the host of The Ramsey Show who criticized the educational institutions for their actions.

Looking into the recent report, Ramsey pointed out that some university students, who were under 21, even received invitations to place their first bet and receive a bonus. He blasted universities for signing deals with bookmakers saying: “You freakin’ id***s! Unbelievable!” Ramsey added that those students are under the care of the universities, which ultimately are educational institutions. Moreover, he acknowledged that many of those students are broke. This is primarily because of the country’s high cost of education, forcing students to take student loans to pay for their education.

Educational Institutions Teaming Up with Bookies Is Unacceptable

The co-host on the show, Dr. John Delony, a bestselling author and mental health and wellness expert, added that seeing universities team up with sports betting companies is insane. “To my colleagues at universities across the country: You should be ashamed of yourselves! And to those of you who have walked away from this, that is good for you to have some shred of decency,” stressed Delony. He explained that the skyrocketing number of gambling addictions by no means cannot be exchanged for “a couple of short-term bucks on the front end.”

Online users that watched the episode of The Ramsey Show showed support for Ramsey’s position. One user, nicknamed bobwadsworth4799 wrote: “Many colleges and universities are so broken, in so many ways, right now it is unbelievable.  Thanks for calling this out Dave.  Partnering up with online gambling is so SO WRONG!”

Another online user said it is incredible how those universities that teamed up with sports betting operators aren’t under investigation. Similarly, a user under the nickname “emilyrogers3271” wrote: “Super sad that money in the pocket of the college overrides their moral responsibility to their students.” Other online users deemed universities as greedy and compared them to a business, rather than educational institutions. 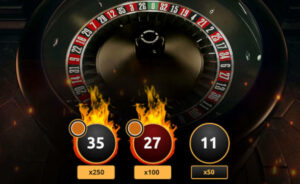