MMA coach James Krause recently made headlines due to allegations of suspicious betting. The 36-year-old fighting veteran allegedly scored big after an unlikely first-round technical knockout in the match between Darrick Minner and Shayilan Nuerdanbieke, prompting detailed investigations. The scandal shows no signs of dying down, as the UFC threatened to suspend the licenses of all fighters maintaining their association with Krause.

Krause led a successful career as a Welterweight MMA fighter, later transitioning into a well-respected coach at Missouri’s Glory MMA. He also expresses a keen interest in sports wagering, hosting the 1% Club betting-focused podcast and a specialized Discord server. Krause’s gambling activities recently thrust him into the spotlight as a recent incident uncovered that he might have been using his inside information to gain an unfair advantage.

The suspicious match occurred between Shayilan Nuerdanbieke and Darrick Minner- a trainee of Krause’s. Sportsbooks experienced a sudden influx of wagers in favor of Nuerdanbieke shortly before the fight began. Predictions of a quick win soared, ranging from 2.5 rounds to a first-round knockout. Sure enough, Minner blew out his knee due to an injury in the opening frame and lost via technical KO. As his coach, Krause must have known about this debilitating condition, and data suggests that he may have leaked this information to other bettors.

Betting integrity firm U.S. Integrity immediately noticed the suspicious occurrence and launched an official investigation. The Alberta Gaming, Liquor, and Cannabis government agency and Ontario’s Alcohol and Gaming Commission also got involved as the situation rapidly deteriorated. The regulators announced they would shut down all UFC betting in their jurisdictions due to integrity concerns. The blanket ban came after the UFC implemented a policy change preventing athletes and affiliated parties from engaging in sports betting.

UFC has incorporated a wagering prohibition into the UFC Athlete Conduct Policy expressly prohibiting athletes from wagering on any UFC match.

Investigations currently lean towards the version that the news of Minner’s injury leaked from his camp. However, the incident drew attention to Krause and his bold claims of making more from wagering than from his official job as a trainer.

Krause Continues to Be at the Forefront

Due to his public and vocal involvement with sports betting and clear ties to the incident, the Nevada State Athletic Commission suspended Krause’s license until the investigation was completed. The UFC dealt another blow to the star coach, threatening to ban fighters who continued to associate with him.

Fighters who… continue to be coached by Krause or… train in his gym will not be permitted to participate in UFC events.

Although unpleasant, the scandal managed to raise sports integrity awareness. The case is a perfect demonstration of the ramifications of insider betting and why it is banned in most professional leagues. Regardless of Krause’s ultimate fate, the UFC can use this valuable lesson to grow as an organization and ensure that matches are fair and free of suspicion. 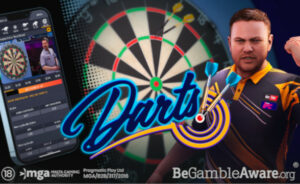