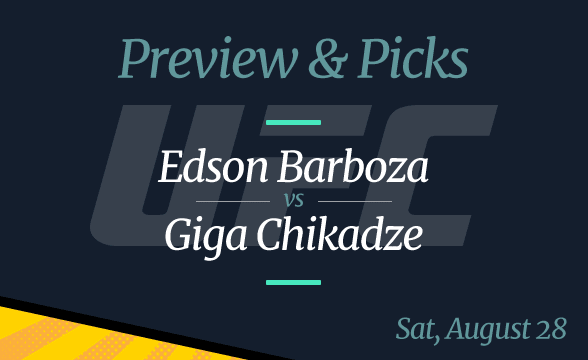 The UFC is coming back to the Apex in Las Vegas, Nevada, with UFC Fight Night between Edson Barboza and Giga Chikadze set to take place on Saturday, August 28. Both fighters have a good track record, and they have shown grit, determination, and the ability to turn fights.

The fight is even more interesting because we have contenders who are so evenly matched for the first time in a long time. The lines at VegasOdds.com, though, suggest that Chikadze is a strong (-120) favorite as opposed to Barboza’s (+100). Let’s have a look at the selections and what you need to know about this fight before you place your bet.

The fight between Chikadze and Barboza is taking place at 10 pm EST on Saturday, August 28, and will be available to watch on ESPN.

Fighting to Each Man’s Strength – Chikadze in the Lead

Sportsbooks have been a little split on this one. On the one hand, Chikadze has the upper hand, by the looks of it. He has been undefeated in the UFC, and he is a strong kickboxer. In fact, his last KOs were perfect kicks which makes him a dangerous opponent to face off against.

He is also younger than Barboza and somewhat more agile. That is why some sportsbooks and oddsmakers have put him at (-120), which essentially means they see in him a favorite. On the other hand, Chikadze only has two UFC finishes which is not much.

The event is also scheduled with a length of 25 minutes, and organizers expect it to stretch that long. This means that Chikadze will have to also show stamina and endurance he didn’t have to call upon before. However, if you believe Chikadze is set to win, odds of (-120) aren’t too bad to place a wager on the moneyline.

Tale of the Tape: Barboza vs Chikadze

Barboza Could Bring Chikadze Down Easily

Barboza may be an underdog, but he is not someone Chikadze could simply brush past. Barboza is shorter, but his reach is better, and he has eight UFC finishes which put him in a great position.

The fighter’s strength lies in his punches and ground fight. He may be a tempting target for Chikadze’s kicks, but the issue with kicks is that if you miss, you lose your balance, which could be a fantastic opening for Barboza to close in the distance and bring Chikadze down.

The UFC has proven to be a ruthless sport where referees could be a little slow to act. Similarly, though, Barboza is also a good value even at (+100), and he has a decent chance of bringing Chikadze down. 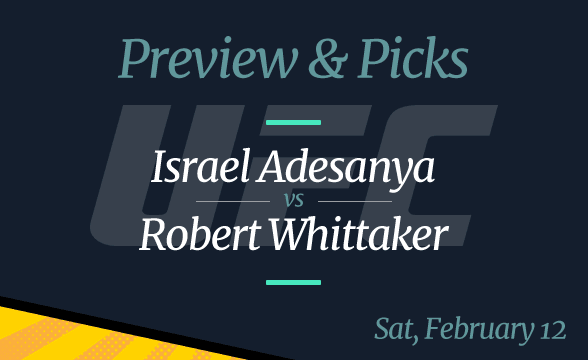