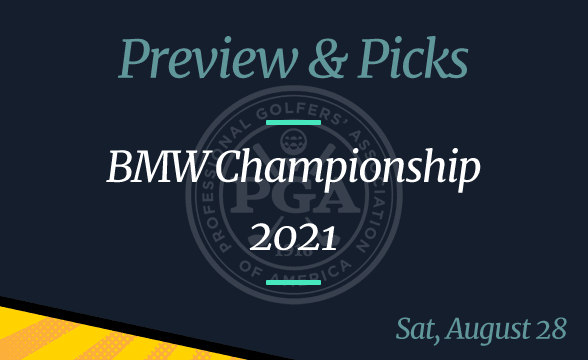 The FedExCup Playoffs will carry on with the 2021 BMW Championship due on Thursday, August 26, with the field of golfers trimming quickly and 70 players making their claim on the title and the sizable prize purse worth $9.5 million.

The event will lack one big name, though, with Patrick Reed not attending the BMW Championship this year, leaving the rest of the lot competing at Caves Valley Golf Club some breathing room.

However, even with Reed gone, there are plenty of capable golfers to make this golf tour as competitive as they get. Thursday will see the next leg of the FedExCup with Jon Rahm given a strong lead (+600) ahead of the rest of the pack.

The field of competitors is filled with promising golfers who may bag the title. Jon Rahm is clearly one of those. His odds don’t reflect his most recent performance in terms of events won. He did miss out on winning The Northern Trust but was very close to the top throughout the entire competition. It’s not exactly surprising that the sportsbooks give him (+600) and put him as a strong favorite against Xander Schauffele and the rest of the pack.

Schauffele’s (+1600) record isn’t half bad. He placed T16 in THE NORTHERN TRUST but hasn’t been able to break past T26 in The Open and T46 in the WGC-FedEx St. Jude Invitational, respectively. Prior to that, he had three good showings, and he finished T10 or thereabouts in the Scottish Open, US Open, and Memorial Tournament.

Jordan Spieth (+2000) already has some experience with Caves Valley, and that gives him an edge. He has played there around ten times, and even though his general performance over the past few events wasn’t the best, he is still looking good when you factor in his background knowledge of the terrain.

Justin Thomas (+2000) is another potentially great pick for the upcoming event. Even though the golfer has struggled with his performance the entire summer, he is still showing a lot of improvement recently, which could lead to a better-than-expected performance at the 2021 BMW Championship.

Well, the sportsbooks are already counting on him making a strong showing regardless. Patrick Cantlay (+2500) has a good record on bentgrass greens, and he is capable of overcoming this type of golf course, if not with ease, then with consistency. His most recent T11 finish last week means that he is not in bad shape, and he may be worth having a look at if you are looking for a dark horse to back.

The Price Tag for Caesars' Virginia Casino Rises to $500 Million