During the 25th East Coast Gaming Congress, which is taking place September 21 – 23, 2022 at the Hard Rock Hotel & Casino – Atlantic City, many executives from big companies in the gambling sector stated that they have learned many lessons from the COVID-19 pandemic.

Lower Casino Salaries and Revenues Due to COVID 19

The pandemic forced most US casinos to close for months, which led to a decrease in their earnings, payrolls, and revenues. However, these forced shutdowns and recoveries with very strict health and security requirements taught the gambling sector very important lessons, which will be applied even after the COVID-19 pandemic.

Jim Allen, chairman of Hard Rock International, commented that because of the COVID-19 situation, the gambling companies managed to eliminate things from casinos, that their guests took for granted, for example, buffets.

David Cordish, another executive, who chairs the Cordish Companies, stated that during the closure of the company’s casinos in Pennsylvania, Florida and Maryland, Cordish Companies had the opportunity to reorganize and tighten the business. Once the casinos opened after having been closed for months, their buffets remained closed. They increased the health and safety measures in the casinos, such as introducing barriers between player positions at table games, and hand sanitizers, among other things. Cordish added that these measures paid back generously when the casinos opened. The gaming business thrived after the people, who were tired of being closed, came back to casinos.

Eric Hausler, chief executive officer of Greenwood Racing, said that the Parx casino in Pennsylvania had a restaurant, which was opened every day for lunch before the pandemic, but never generated significant funds. When the casino reopened after the closure due to COVID-19, the restaurant remained closed and nobody asked for it.

Jeff Gural, an owner of two racetrack casinos in upstate New York, shared a similar experience at the conference. He said that they had a Subway sandwich place, which was later transformed into a pizza place, but both did not succeed. Gural added that he learned from the pandemic that there was not much point in spending many funds on billboards, broadcast ads, and car giveaways, because they did not pay off what was expected.

Daily housekeeping of casino hotel rooms was another problem that resulted from the pandemic. In June, the union of the main casino workers lodged a complaint before the State of New Jersey accusing four casinos of failing to clean guest hotel rooms daily as established by law. Representatives of the hospitality industry commented that the lack of enough housekeeping workers and the refusal of the guests to allow the cleaning staff in the rooms during their stay had led to failure to meet the daily room cleaning standard in many resorts in the US.

The COVID-19 situation also led to smaller salaries. The gambling industry has struggled to attract new workers and retain the existing ones. Reportedly, Hard Rock spent nearly $100 million to offer raises to 10,000 non-tipped workers in the US. Other entities also offered raises, such as Foxwoods, which increased its hourly minimum wage from $10.50 to $14.50.

Despite all reorganizations and innovations, casinos in Atlantic City have not yet returned to their business levels prior to the COVID-19 pandemic. 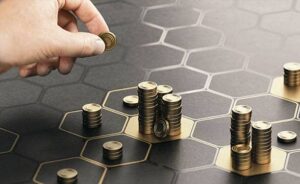 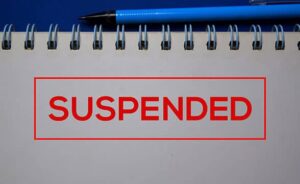