The International Tennis Integrity Agency (ITIA) is an independent body set up in 2021 by the International Governing Bodies of Tennis to advertise, improve, and protect the integrity of professional tennis globally. ITIA receives funds from seven large stakeholders related to tennis, ranging from the Australian Open, the International Tennis Federation, Wimbledon Open, the US Open, and others. Since its launch, the agency has been busy investigating and prosecuting offenders while preventing doping incidents and acts of corruption. One of its freshest actions was aimed against Sebastian Rivera, a former tennis player and coach from Chile. Rivers was found guilty of more than 60 offenses related to match-fixing.

Record Number of Offenses Recorded By the ITIA

Anti-corruption hearing officer Jane Mulcahy QC found that Rivera committed 64 offenses. The discovery marked a record number of offenses detected by the ITIA or the body that governed integrity in tennis before it, the Tennis Integrity Unit.

The coach breached certain parts of the Tennis Anti-Corruption Programme (TACP), including Section D.1.b of the 2017 and 2018 TACP which state a covered person is not allowed to solicit or simplify the wagering process on the outcome or any other aspects of any tennis or competition for any person. The list of prohibited acts here refers to displaying live tennis betting odds on an online website, writing posts for specialized tennis betting platforms or printed publications, making an appearance at the location of a tennis betting company, or acting in tennis betting commercials encouraging others to wager on the sport.

Rivera was also found guilty of failing to comply with the requirements of Section D.1.d of the 2017 and 2018 TACP which state that no covered person is allowed to contrive or try to contrive the result of a tennis event or a different aspect tied to it. The former player was also found guilty of breaching section g of the same TACP that refers to a covered person being prohibited to provide money or other benefits to any other covered person with the purpose of enforcing a negative influence on a tennis player’s best efforts in any tennis event.

Rivera’s sanction means that he will never be allowed to play in, coach at, or even attend playing any sort of tennis event that is either sanctioned or authorized by a tennis ruling body.

On top of the total prohibition to get near an official tennis event or engage with tennis players and coach them, Rivera was also given a $250,000 fine. Rivera’s highest Association of Tennis Professionals ranking was 705.

ITIA also suspended Chilean tennis player Juan Carlos Saez for eight years and issued a $12,500 fine for not cooperating with an investigation. Spanish player Enrique Lopez Perez received an eight-year ban was a $25,000 fine for similar match-fixing charges. At the start of the month, ITIA also banned Adam El Mihdawy from tennis for three and a half years. Big names like tennis icon Max Wenders also felt ITIA’s wrath, with a 12-year ban issued for the player at the end of July worth mentioning. 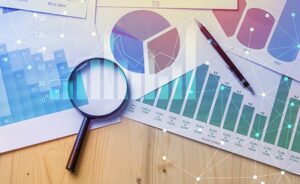 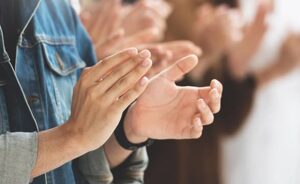