The state-owned company that operates in the Swedish regulated gambling market, Svenska Spel, released its latest interim report outlining the financial performance for the third quarter of this year.

On Wednesday, the company revealed that its net gaming revenue for Q3 this year halted at SEK 1.95 billion ($178.7 million). This resulted marked a slight decrease of 1% or SEK 19 million ($1.7 million) when compared to the same period in 2021. At the same time, Svenska Spel revealed that its operating profit in the third quarter this year decreased as well. The company said that its group operating profit this quarter decreased by 2% or SEK 15 million ($1.4 million) to SEK 681 million ($62.4 million).

Besides its Q3 results, Svenska Spel unveiled figures outlining the company’s performance for the period between January and September. Overall, the company’s net gaming revenue for the period hit SEK 5.85 billion ($535.8 million), down SEK 59 million ($5.4 million) or 1% when compared to the same period last year. Svenska Spel explained that this result was largely impacted by the new tough restrictions for responsible gambling such as the new deposit limits. What’s more, the company acknowledged that it couldn’t reach the number of lottery ticket sales it did last year. On the other hand, the company acknowledged a decrease in operating profit by 3% to SEK 1.80 billion ($164.9 million) between January and September.

“Lower net gambling revenue is, among other things, an effect of strengthened gambling responsibility measures through new deposit limits and that we did not manage to meet last year’s sales of lottery tickets.“

The Company’s Boss Remains Optimistic about the Future

Focusing on the bright side, the company highlighted strategic achievements it completed during the period. In Q3, Svenska Spel launched a new high-win game called Fullträff. During the quarter, the company celebrated the 20th anniversary of Casino Cosmopol in Gothenburg and rolled out “identification with mobile BankID” for its agents.

“We make a good performance in challenging times. Both our strong operating margin and our investment in new gaming experiences in all business areas are positive.“

Patrik Hofbauer, Svenska Spel’s president and CEO, acknowledged that despite the slight dip in revenue, the company performed well. He added that good performance comes despite the challenges experienced during the period. Hofbauer pointed out that Svenska Spel has seen a strong operating margin and at the same time continued to invest in different gaming experiences. Finally, the company’s boss said: “This goes hand in hand with a continued focus on sustainable gaming, where the share of healthy revenue during the quarter reaches the highest level ever.” 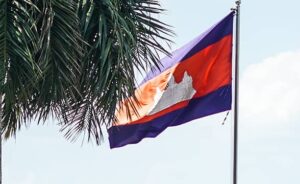 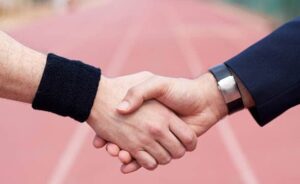