Leading sports broadcaster SportsGrid has announced the launch of its content across VIDAA’s smart TV OS and content platform. This will instantly make SportsGrid’s content available with VIDAA in more than 160 different countries.

SportsGrid to Launch with VIDAA

The deal will instantly expand SportsGrid’s footprint, allowing it to reach countless new sports fans. Per the agreement, the sports streaming specialist will power VIDAA’s offering with 18 hours of exclusive live content. SportsGrid programming includes a myriad of on-air personalities, betting specialists and guest contributors and is designed to appeal to fervent sports and sports betting fans.

SportsGrid’s coverage includes real-time sports news, as well as premium sports data, odds statistics, analysis and everything else sports fans might need to take their pro sports engagement further. The broadcaster covers the most popular sports leagues, including the National Football League, the National Basketball Association, Major League Baseball, the National Hockey League, soccer and collegiate sports, among others.

Thanks to the agreement, VIDAA will be able to add great sports content to its list of over 300 global and local channels.

The Sports Specialist Is Excited about the Deal

Charles Theiss, SportsGrid’s chief media officer, commented on the agreement between his company and VIDAA. He noted that his team is “extremely pleased” by the opportunity to join the VIDAA platform and believes that this deal’s timing couldn’t have been better. Theiss is excited to launch SportsGrid’s content with VIDAA right agreed of the highly-anticipated FIFA World Cup soccer championship and provide fans with best-in-class sports content.

Theiss promised to supply sports and sports betting enthusiasts with everything they might need to keep track of the championship and place informed bets.

The SportsGrid team will be serving these engaged fans with the odds, lines, and real-time actionable analytics before and during the live games as well.

SportsGrid Is Strategically Expanding Its Business

In September, the company also agreed to provide Sportradar, the world’s leading sports technology company, with its SportsGrid video and editorial content. This deal helped Sportradar greatly boost its data and visualization tools. 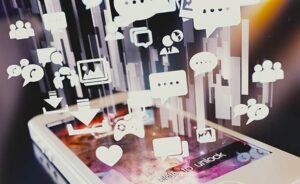