The parent company of betting and gaming brands Betway and Spin, Super Group, released an update on its business performance, affirming its previous 2022 revenue and adjusted EBITDA guidance.

Super Group posted its guidance at the time of the release of its second-quarter report, despite the deterioration of its financial performance in the first and second quarters. The group will release its Q3 2022 report later this month.

“We are taking steps to strengthen Super Group, simplify the capital structure, and better position the Company for growth,” said Neal Menashe, chief executive officer of Super Group, outlining that the group is currently exploring opportunities to become the owner of its technology.

“I look forward to discussing our results and business updates in greater detail after we release third-quarter results on November 22,” Menashe concluded.

Super Group stated in the update that the acquisition of Digital Gaming Corporation should close in January next year and will enable the business to enter online sports betting and casino gaming markets in the US.

The group announced that it had acquired a majority stake in a UK-focused online casino business, Jumpman Gaming Limited, in September and the new acquisition is expected to contribute to the group’s Q3 net revenue with approximately €7 million ($7 million) and positive EBITDA. The new business is providing additional opportunities in the UK and internationally where the proprietary tech-driven business can expand in the future.

Super Group outlined that Betway and Spin completed in the second half of the year their transitions over to the market in Ontario. Betway arrived in the Canadian province in April and just months later, four other Super Group brands received authorization from the Alcohol and Gaming Commission of Ontario (AGCO) to operate.

Betway is currently in financial negotiations with a sportsbook supplier and long-term partner Apricot under which the group will dedicate resources to Betway to finance software development for Apricot in the next several quarters in exchange for becoming an exclusive licensee of Apricot’s sportsbook as well as a loan of up to €43 million ($43 million).

Super Group and Apricot are also considering the possibility of Super Group obtaining full ownership of Apricot’s sportsbook via an option to purchase a copy of its underlying technology in the future. 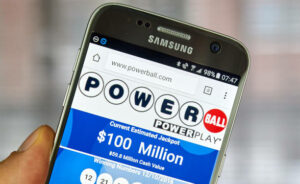