Global gambling giant Entain announced the logos of its brands Ladbrokes and Neds would no longer appear on the jerseys of sports teams in Australia as the group is preparing to step away from sponsoring sports in the country.

The announcement that the logos of the two biggest sports betting firms in Australia will disappear from the jerseys of professional sports teams is part of a group-wide plan to discontinue sports sponsorships in Australia for all Entain brands.

“While we have had many great partners in this space over a long period of time, we understand some of the community sentiment around this and feel it is the right time to step away from this area,” is the official position of Entain cited by The Sydney Morning Herald.

Ladbrokes has been sponsoring the back of the Bronco’s jerseys from 2016 to July 2022 when it discontinued its AU$7.5 million ($4.8 million) sponsorship following an increase in the point of consumption tax with the inclusion of free bets and bonus bets and the implementation of a new 5% racing levy by the Queensland government.

Ladbrokes, which was also the bottom back of jersey sponsor of the Bulldogs between 2017 and 2020, will be unwinding sports sponsorships but will continue to support horse racing in Australia.

Entain’s other brand, Neds, continues to be a sponsor of the Lions despite not having its logo appear on the team’s jerseys, and is the official wagering partner of the A-Leagues and UFC Australia.

The news that Entain’s brands would be stepping away from sports sponsorships is coming in the wake of a recent public survey which showed that a majority of the people would support a ban on gambling businesses becoming sports sponsors.

The exclusive poll for The Sydney Morning Herald and The Age revealed that 62% of the voters would favor a restriction for gambling firms to become sponsors of professional sports and confirmed concerns raised by critics who believe that sports sponsorships help industries that cause harm to the public get normalized in the community.

A ban on sports sponsorships is not the only concern for gambling operators after the government introduced new requirements for gambling advertising taglines this week under which by March 2023, the phrase “Gamble responsibly” should be replaced with other phrases such as “Chances are you’re about to lose” and “You win some. You lose more” and others. 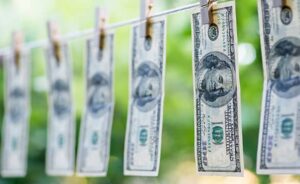 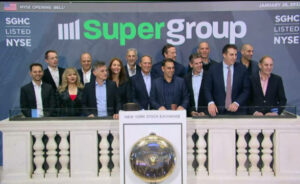