Stats Perform has been officially named as the Rugby League World Cup official data provider. The World Cup will start on October 15 and will last until November 19, 2022. With this development, the AI and sports data provider will help create unique experiences for the audience across multiple sectors.

Official video and data of the RLWC2021 will be collected by Sports Data and the company will distribute it to both team analysts and media outlets. For the first time in history, World Cup Wheelchair matches will also be included in the service.

RLWC2021’s CEO, Jun Dutton, shared his thoughts on the development. He said that RLWC2021 is “committed to making a real impact” and one of the ways to do that is to provide fans and partners with high-quality match data.

Dutton added that the main reason why Stats Perform has been selected as the World Cup’s official data provider is due to the company’s “longevity and reliable history” within the industry. He closed off by saying that he’s eager to start working with Stats Perform and create the most inclusive World Cup in the history of the sport.

Steve Xeller, Stats Perform’s chief revenue officer, shared that he’s delighted to be partnering with RLWC2021 and be a part of the first World Cup that features women’s, men’s and wheelchair matches in one tournament.

Xeller noted the fact that Stats Perform has been a huge contributor to the Rugby League as it has a long history of providing rugby competitions with market-leading data. He ended by saying that the newest achievement is a massive milestone in the company’s commitment to expanding the sport’s popularity across the world.

Back in June, Stats Perform launched Opta Vision ahead of the 2022/2023 soccer season. Opta Vision’s data includes stadium feeds and for the first time in history, remote tracking collection from various video sources.

In order to generate rich data outputs, the dataset utilizes the company’s Qwinn AI Intelligence. Some of the additional data that Opta Vision features include pressure intensity detection, as well as a new passing qualifier, which indicates when players make line-breaking passes.

Nancy Hensley, Stats Perform’s chief product officer, stated back then that the company is thrilled to bring its next-gen Opta data to its customers. The synchronized event and tracking data combined with the AI capabilities will generate rich insights and that will result in “empowering performance analysis departments at teams.”

Hensley added that thanks to the data, it will be easier to spot new performance trends and thus, share fantastic stories about the games. 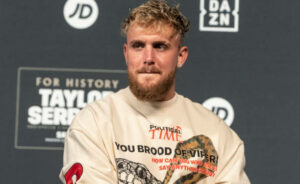 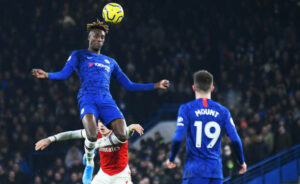