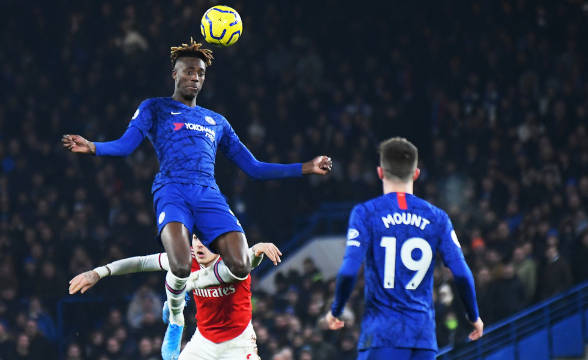 The rivalry between Chelsea and Tottenham might not be the fiercest in the world, but this is a London derby. And it’s supposed to be intense this Sunday, as both teams look very strong at the start of the 2022-23 Premier League season. In fact, these two teams are expected to fight for a top 4 finish this season.

Both have started their campaign in top gear, with Chelsea beating Everton 1-0 on the road and Tottenham thumping Southampton 4-1 at home. What’s going to happen in Matchweek 2 when they meet at Stamford Bridge in London? Read our EPL preview to see what we think!

Chelsea’s Problem in the Final Third

The Blues were busy during the summer transfer window, fixing the holes in their defense. They signed ex-Napoli defender Kalidou Koulibaly as a replacement for Antonio Rudiger who’s now playing for Real Madrid. They also signed Marc Cucurella from Brighton, who plays on the left flank.

What they still haven’t fixed is the whole left in the final third. Romelu Lukaku has returned to Inter Milan, while Timo Werner is moving to RB Leipzig, meaning that the Blues are practically without a classic striker.

They do have a couple of players who can play the role of a “false nine” starting with their biggest capture of the transfer window, Raheem Sterling. Then, there’s also Kai Havertz, an attacking midfielder who scored eight EPL goals for Chelsea last season. Armando Broja is also in the mix, a forward who returned to Chelsea after a one-season loan spell with Southampton.

These are all great players, but they might find it difficult to find the net against Tottenham. And even if they do, there’s a worry that the Spurs will score more. After all, they put away four goals in the first round, which is more than any other Premier League team.

The Spurs Have Every Right to Feel Good About Themselves

Tottenham Hotspur is one of the teams that look capable of challenging the title this season. It might not necessarily be the Premier League title, which bookies think is going to stay in Manchester. But we could see the Spurs win a cup this season.

He was in charge of Chelsea when the Blues won their most recent Premier League title. That said, he sure knows their strengths and weaknesses, which is another reason why we think the Spurs shouldn’t be thought of as underdogs.

Oddsmakers think Chelsea will win, but our pick is Tottenham. The Spurs might not have as strong a squad as Chelsea (although that too is debatable), but they seem to be in top shape at the moment.