The lawsuit against Mike Postle, King’s Casino and Justin Kuraitis is nearing a completion, the latest developments on the case suggest. Nearly a year after the alleged poker cheating scandal at Stones Gambling Hall in Citrus Heights, California broke out, the majority of the plaintiffs agreed to settle the case for an undisclosed amount.

In the latest court filing asking for an extension Mac VerStanding indicated that a settlement was in the works and now that settlement has been confirmed. Representatives of the gambling establishment noted that the settlement will be nominal and as an expression of good will, but most importantly, lawyers in the case reached an agreement that Stones was not involved in any cheating.

The acknowledgement that neither Stones nor its live poker manager Justin Kuraitis were involved in any cheating did not mention a word about the central figure in the case, Mike Postle. He will not face any tangible consequences now that 60 out of 88 plaintiffs signed settlement agreements and their attorneys filed a notice of partial settlement and stipulation within the September 11 deadline for the amended complaint.

Some of the other plaintiffs indicated they would not pursue the matter any further, but not Veronica Brill. The poker player who initiated the investigation of the exorbitant win ratio of Mike Postle did not agree to a settlement and is probably considering her next move, as the latest court filing indicated that non-settling plaintiffs may file an amended complaint.

According to the court papers, Veronica Brill and the rest non-settling plaintiffs would have only 20 days from September 11 to file an amended complaint, but the court indicated that period may be extended. If the amended complaint is filed until October 1, the court will keep the initial status conference date October 13, as listed in the court filing.

In line with the recent developments, Mike Postle and Justin Kuraitis spoke for the first time regarding the allegations. Mike Postle even suggested he would be selling the story to Dave Broom at 25/7 Productions to make a documentary.

“As much as I’d like to say, all I can really say right now is that I have my side of this entire fiasco to tell. It won’t just shock the poker and gambling industries, but the entire world.”

Justin Kuraitis, who is still with Stones, said he found himself facing an online propaganda machine, accusing wanna-be celebrity commentators on Twitter and YouTube of playing with lives in search for clicks and followers.

“The Twitter mob is real, it is ugly, and it has real life consequences. I have never before experienced so much hatred, ignorance and even threats of violence.”

If non-settling plaintiffs decide to pursue the matter further, they would have to look for a new counsel as Mac VerStanding filed a motion to withdraw from the case.

Gambler Sues BetEasy over Unpaid Winnings of Some AU$1.2M 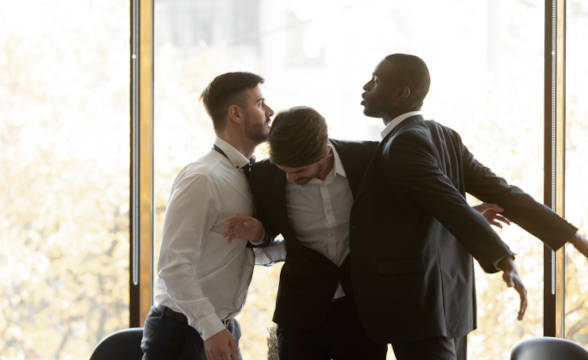 Nevada court approved on Wednesday a settlement of $800 million for victims of the 2017 Las Vegas shooting. In the tragic event, 58 people lost their lives and more than 800 were injured at a concert near the Mandalay Bay after the shooter Stephen Paddock started firing at the crowd from his hotel window. Nevada […]

Plaintiffs and Defendants in the Mike Postle Lawsuit Reach a Settlement

Veronica Brill and 87 other plaintiffs in the cheating allegations case against Mike Postle, King’s Casino and Justin Kuraitis are going to receive a settlement, the latest court filing in the case suggests. August 5 Mac VerStandig filed a request asking for a third time extension regarding the plaintiffs’ amended complaint, stating that both sides […]

The poker scandal of 2019, the cheating allegations against Mike Postle, is even closer to completion now as a US District Judge issued a ruling Wednesday in favour of all three defendants, Mike Postle, Justin Kuraitis and King’s Casino, opting to grant their motions to dismiss. All Allegations Against Defendants Dismissed Judge William B. Shubb […]

Dan Cates’s Cheating Allegations: a Storm in a Glass of Water

Dan Cates @junglemandan, admitted to ghosting during a private high-stakes cash game played on a mobile app, and sincerely apologized for his behavior. Whether this action of his has made it easier for the ones that lost the money to swallow the loss, it is another story. Mobile App Private Game Lit the Fuse The […]

The Mike Postle court saga entered a new phase, after Mac VerStandig, the lawyer representing the plaintiffs, nearly 90 at the moment, surprisingly filed a motion for sanctions against the defendant. Defendants Filed Motions to Dismiss After the other two defendants in the case, King’s Casino and former Tournament Director Justin Kuraitis, filed two separate […]