The cabinet of Liz Truss, Britain’s new PM, announced that it will be appointing Michelle Donelan as secretary of state for the Department of Digital, Culture, Media and Sport. This comes in the wake of Nadine Dorries decision to vacate the spot.

Donelan Will Be Responsible for the Department

During Boris Johnson’s tenure as PM, Donelan worked as minister of state for higher education. She also had a short two-day stint as secretary of state for education, filling an empty spot during the wave of resignations in protest against Johnson’s leadership. However, the ex-PM resigned two days later and Donelan ceased her work in the latter position.

During the contest for appointing Johnson’s successor, Donelan supported Liz Truss, who eventually won the race. Yesterday, Truss announced her first cabinet and named Donelan as head of the DCMS. As secretary of state for the DCMS, Donelan will be responsible for overseeing important matters, such as the BBC reforms and the possible privatization of Channel 4. In addition, she may have some say in the reforms of Britain’s gambling laws, although the government is yet to make additional appointments and announce who will oversee the white paper.

The white paper is expected to modernize Britain’s gambling laws and make them suitable for the modern age. Many hope that the reforms will introduce certain restrictions, such as a ban on gambling sponsorships in the Premier League and a mandatory levy that operators must pay.

However, it was delayed several times by various factors, including the protests against Johnson and the resignation of Chris Philp as minister for tech and digital. The DCMS temporarily replaced Philp with Damian Collins but the white paper was once again delayed when Johnson announced his leave.

Dugher Welcomed Donelan as Head of the DCMS

Britain’s Betting and Gaming Council welcomed Donelan as the new leader of the DCMS. Michael Dugher, chief executive of the trade body, personally congratulated her on her new position. He also said that he hopes Donelan will continue the collaborative work between the gambling industry and the DCMS.

We have been working extremely closely with the DCMS over many years to help the government find the right balance in the gambling review so that we continue to drive big changes and higher standards on safer gambling to better protect the most vulnerable, whilst at the same time ensuring that the millions of people who enjoy an occasional flutter perfectly safely and responsibly have the freedom to do so.

Dugher mentioned that over 119,000 people are currently working in the industry, which generates billions in taxes and contributes around $8.83 billion to the economy. 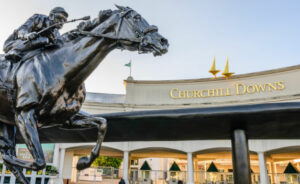 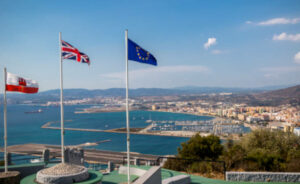