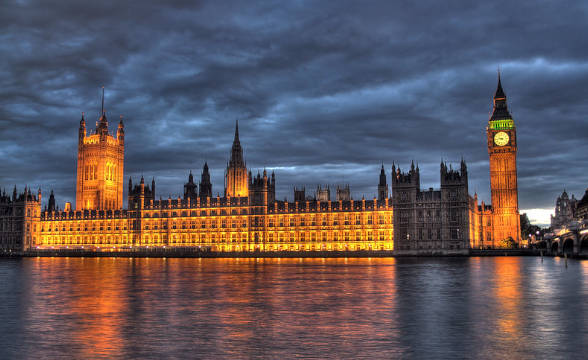 UK’s efforts in the review of its Gambling Act 2005 are finally starting to show some positive signs as Nigel Huddleston, UK’s Parliamentary Undersecretary for Digital, Culture, Media, and Sport, stated that the white paper is being finalized.

The UK Gambling Act Is in Dire Need of Reform

Huddleston stated that the white paper is almost finished during a Westminster Hall debate on gambling-related harm, which was led by Carolyn Harris, the chair of the All-Party Parliamentary Group on Gambling-Related Harm (APPG).

While speaking about the numerous issues related to gambling, Harris stated that numerous areas of laws concerning this industry need to be reformed and that she hopes that the white paper will address the issues. UK authorities have been under scrutiny for the continuous delays, but as it seems, the review is set to commence in May.

One of the issues that were brought by Harris was affordability checks. She stated that the need for an independent, centralized assessment “is overwhelming.” She considers putting a £100 ($131) limit on net deposits per month is reasonable considering the fact that 85% of the people who do not play slots and 73% of the people who play slots lose around £50 ($65.6) monthly and UK’s average disposal income is around £450 ($590.7) a month.

MP Aaron Bell (Newcastle-under-Lyme) stated that operators do not have decent access to information to conduct affordability checks and asked Huddleston whether he’s in favor of supporting the idea of operators having better access to this type of data. In response, Huddleston said that he supports the single-customer view in which the full spending data for each customer can be seen by operators.

The UK Gambling Commission stated that even though this finding is helpful, it doesn’t have plans to enforce single-customer view requirements, at least not at the moment. Harrison added that the horse racing industry was concerned over affordability checks.

Gambling Advertising Was Also One of the Subjects Opened by Harris

Gambling ads were also one of the subjects that were opened by Harris. She devoted a lot of time to this topic and stated that the current whistle-by-whistle ban is not enough. Instead, she argued that a full ban should be introduced on gambling ads.

As part of the whistle-by-whistle ban, gambling ads cannot be broadcasted during sports events. Huddleston disagreed with this proposal by saying that through advertising, licensed and legal operators can differentiate themselves from those operating on the black market.

He also added that these ads provide broadcasters and sports with financial support. However, he did note that gambling ads must be conducted responsibly and stated that The Committee for Advertising Practice will likely tighten advertising rules.

Imogen Moss, a Poppleston Allen lawyer, also thinks that a total ban on gambling advertising is doubtful, but she did note that the government is “looking carefully at sports sponsorship.” Large gambling groups are funding grassroots football and this is where careful consideration needs to step in, according to Moss.