Macau’s gambling industry has failed to experience the recovery the region’s government hoped for. According to the latest data, casinos in the special administrative region had gross gaming revenue of just $374 million.

FY GGR Will Be Much Lower than Estimated

The $374 million Macau concessionaires earned in November represent a 55.6% year-on-year decline. Furthermore, the current November results are 86.9% lower than those recorded in November 2019, showing that the region still has a long way to go before recovering to pre-pandemic levels. The Gaming Inspection and Coordination Bureau also highlighted the fact that November’s GGR is also 23.1% lower than the GGR recorded in October.

The suboptimal monthly revenues have resulted in overall GGR that is much lower than what the government. For reference, Macau forecasted GGR of $16 billion for the entire year. For reference, this estimate is less than half of what Macau’s casinos earned in 2019.

Unfortunately, 11 months in, and the industry has barely earned $4.85 billion – less than a third of the annual estimates. While the year is not over yet, statistics show that it’s highly unlikely for the industry to catch up to the original guidance in a single month. Experts predict that Macau casinos will wrap up the year with total GGR of around $5.3 billion, which still fails to surpass a third of the original estimate.

In the wake of these less-than-thrilling results, Macau has postponed its recovery, hoping to earn $16 billion in 2023 instead.

Macau Struggles despite the Reintroduction of eVisas

The measly earnings reflect the region’s continued struggle with COVID-19 and its disastrous effects. The pandemic and China’s zero-COVID policy greatly disturbed the flow of tourists, on which Macau casinos depend. This has snowballed into ever-decreasing GGR, which continues to spark concerns about the region’s future.

While the region recently lifted a lot of the travel restrictions and allowed people to once again apply for eVisas, these measures still failed to spark a significant boost in tourism. According to statistics, the return of eVisas has barely affected GGR, at least as of now.

Amid this continuous decline, several concessionaires were forced to take loans from their parent companies to ensure their survival through these difficult times. While finance experts say gambling giants should be able to stay in business for the next few years in spite of the headwinds, many analysts are skeptical about the region’s recovery and believe that Macau GGR will not return to pre-pandemic levels in the next few years. 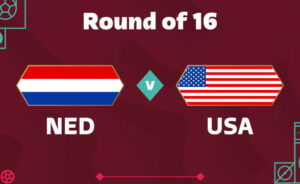