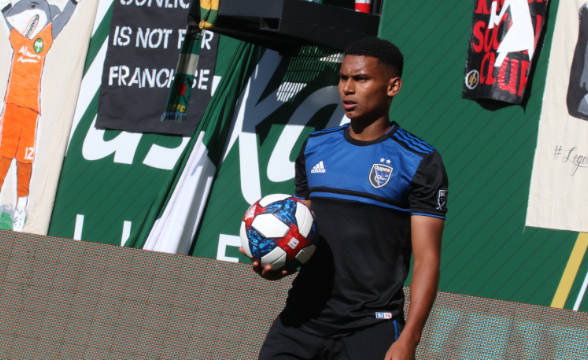 The 2022 MLS returns on Saturday, May 28 with 12 interesting games. The first matchup on the program is the clash between Los Angeles FC (#1) and San Jose Earthquakes (#11), which will take place at Banc of California Stadium.

That’s the place where Los Angeles FC is 4-2-1 this season. What’s worrying their fans is that the only home loss happened in this team’s most recent game played at Banc of California Stadium. On the bright side, the team that defeated them is Austin FC, which is currently sitting in the #2 place in the Western Conference.

It wouldn’t be an overstatement to say that Carlos Vela is the key player for the Los Angeles FC. After all, he’s their only designated player, who’s been the team captain for several seasons now. With Vela playing great, Los Angeles FC usually does well.

And he’s been great lately! The Mexican forward has scored a goal in each of the two previous games, ending his goal drought that lasted for seven MLS rounds. Even though he didn’t score in those games, he did put on a decent performance almost every time.

His team needs him to put on another amazing performance this coming Saturday as LAFC is locking horns with a team that beat them four times in their previous five duels.

The last time these two met, the team from Los Angeles won 3-1. However, in their four meetings before that, San Jose Earthquakes were the better team each time. What’s interesting is that San Diego’s no.9 Javier Lopez scored a goal in two of those games.

The 27-year-old Mexican is one of the Earthquakes’ designated players, who was supposed to be their key playmaker in 2022. Unfortunately, he picked up a serious injury in March that had kept him sidelined until last Sunday. That’s when we saw him make an appearance in his team’s game with Sporting Kansas City, which ended 1-1.

He didn’t do much in that game, but we could see him explode on May 28. After all, he sure is hungry for goals. With Lopez on the team, the Quakes are likely to become even more dangerous in the offense.

With 23 goals scored, they might not be the highest-scoring team in the Western Conference. However, they’ve been putting away a lot of goals in recent weeks. In fact, San Jose players scored seven goals in total in their previous three MLS games.

The Los Angeles FC vs San Jose Earthquakes duel has the potential to be an incredibly exciting game with plenty of goals on both ends. The home team is the one expected to play on the front foot, but we’re certain that no matter what LAFC players do, their opponents will fight back.