Swedish mobile casino and sports betting company LeoVegas has reinforced its leadership with a new chief commercial officer. The experienced Chris Welch will join the company’s marketing team and help it engage its customers.

Welch Has a Lot of Experience

Welch is a seasoned marketing officer with a career spanning over three decades. His humble beginnings saw him work for various companies within the food industry. His first experience in gambling was with Coral Eurobet, which he joined in 1999. Welch served as the brand’s executive marketing director before moving to Pinnacle Sports in 2003.

In the following two decades, Welch worked for multiple casino and sports betting brands. In 2005, he joined PokerStars as a group managing director. He later joined the poker brand LoudVision as a managing director and board member and followed that with a two-year stint as the managing director of Centrebet. In 2009, Welch became a part of Party Gaming but moved to bwin after less than a year.

In 2013, Welch exited the gaming industry for a while and served as the chief marketing officer and executive director of the real estate agent easyProperty.com. However, the seasoned veteran quit this job after less than two years and returned to gambling as a senior brand and marketing consultant of PKR Technologies. Soon after, he was promoted to chief executive of the poker brand.

Between 2018 and 2020, Welch worked as a consultant at several companies before finally settling down at Catena Media. He climbed the ranks and eventually became VP of the company’s international division. However, he eventually left Catena Media and spent a year as a self-employed consultant.

Welch Is Happy by His Promotion

Overall, Welch has an extensive experience with many companies in the gambling sector and outside of it. Thanks to this, he will be a valuable asset to LeoVegas and its team.

Welch joined LeoVegas in 2021 and has since served as a consultant and advisor. Thanks to his experience, however, he quickly earned a promotion. As a result, Welch will now oversee the company’s acquisition, retention and marketing operations as a chief commercial officer.

Welch spoke about his new job on LinkedIn, where he expressed his delight in becoming an integral part of LeoVegas’ team.

Beyond delighted to share that after working with this amazing business and its great teams I am joining LeoVegas part of the global giant MGM Resorts International as Chief Commercial Officer CCO overseeing all acquisition, retention and marketing.

Welch added that his work will be easier thanks to the remaining members of the betting brand’s talented team. He is sure that he will be able to leverage their work and help to cement LeoVegas as a leading operator.

LeoVegas became a subsidiary of MGM Resorts International in a deal that was approved by the former company’s shareholders at the beginning of September. A few days ago, the wagering company inked a deal with Manchester City FC. 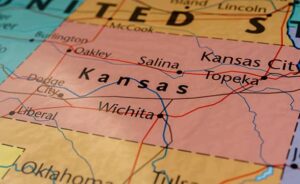