MGM Resorts will be completing the acquisition of LeoVegas after 96% of the latter’s shareholders accepted the takeover bid which is due to complete on September 7. The public offer tabled by the US-based hospitality and entertainment group is valued at SEK61 ($5.72) per share and the deal is estimated at $604 million presently, below its original target.

The vote by shareholders follows regulatory approval for the acquisition which cleared the last hurdle for MGM Resorts to acquire the prominent Swedish iGaming brand. This is an important step forward for MGM Resorts which is venturing outside of the United States more or less for the first time insofar as online gaming is concerned.

Company CEO and president Bill Hornbuckle welcomed the news and said that the transaction was a notable achievement for the company. Hornbuckle assured that everyone at MGM Resorts was looking forward to giving the LeoVegas’ team a warm welcome. LeoVegas CEO Gustaf Hagman was equally pleased with the development and said that this will mark new beginning for LeoVegas.

“As we now join forces with MGM, we are looking forward to the next 10 years and to establish LeoVegas as the world’s largest iGaming brand,” Hagman added.

MGM Resorts though will surely choose to pursue operations outside of the United States as well, owing to LeoVegas’ well-established profile in overseas markets. LeoVegas is a brand name to reckon with in Europe, but the company is also pushing internationally.

Hagman is equally happy about the opportunity to join MGM Resorts as he’s confident that this will be another opportunity to boost the company’s performance results. LeoVegas has been posting solid financial performance, and despite a few regulatory hiccups, the company has not seen any slowdown in its momentum. 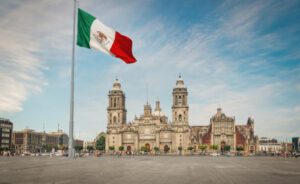 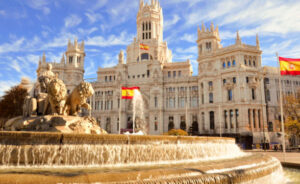 Business September 1, 2022
Zitro’s Wheel of Legends to Be Added to Casino Torrelodones in Madrid