Fans of the very popular poker television show known as High Stakes Poker are in for a treat thanks to a recent acquisition deal that will see the show make an unexpected return. Earlier this week, Poker Central announced that it has acquired both the brand and all of the assets of the popular television show that ran for a total of seven seasons before being taken off the air. Since it was launched in 2006, the poker show became a fan-favorite not just for poker enthusiasts but also for other people who enjoyed the raw and natural way it presented the world of poker.

Poker Central Plans to begin streaming episodes of the show on PokerGO in the course of 2020. This was expected since the subscription-based poker streaming service is one of Poker Central’s most successful ventures. It will, therefore, be a great place for the company to launch the product to its very loyal users.

Even though PokerGO will be the first to offer streaming services for the new episodes of High Stakes Poker, Poker Central has confirmed that it will soon not be the only way through which viewers can access the show. The company is reportedly in the process of creating a framework and inking partnerships that will allow new episodes of the television show to be made available on other streaming platforms and on broadcast channels.

Bringing It All Back

As stated by Poker Central president Sampson Simmons, High Stakes Poker is among the best poker shows in history and this was mostly due to its emphasis on involving poker stars and massive pots. As a result, it was able to accurately convey the rawness associated with real money poker games. This made every single episode a potentially memorable experience.

That said, Simmons is confident that the new show will be able to “recapture the nostalgia and magic of the show” for anyone who is interested in it.

Having produced all the seven seasons of High Stakes Poker that aired on the Game Show Network, Mori Eskandani achieved quite a fete. While he currently works as executive producer at PokerGO, his expertise will be a huge part of the rebooted High Stakes Poker show. He is particularly excited about the fact that he will be able to bring the rawness and naturalness of the original show to the new generation of viewers.

With a track record of producing some of the most popular poker shows including Poker After Dark, Eskandani’s input is certainly going to be appreciated. All in all, we should all brace ourselves from some insanely wild poker action once the High Stakes Poker episodes start airing later this year.

PokerGO is keen to make sure that poker is a more popular game worldwide. To get there, though, the company needs to have the right distribution channels, and this is precisely why the partnership with YouTube TV and Primetime Channels on the Google-owned streaming platform is the logical next step, the company said in a […]

Twitch streamer Trainwreck made waves in the Twitch communities that are still reeling from the negative impact of gambling streams by stating that he had made $360 million from gambling streams on the platform. $22 Million per Month The most popular platform for video game streaming, Twitch, officially announced a ban on unregulated gambling sites, […]

Popular Twitch streamer Pokimane has taken a decisive stand against gambling content on the platform in a recent interview following her return to streaming. Drake at Pokimane’s Crosshairs Following her monthly-long break from social media, Pokimane appeared on the H3 podcast hosted by Ethan Klein and Hila Klein and was fuming when asked about her […]

Popular Twitch streamer Asmongold was accused of promoting gambling by fans who argued that his streams of Lost Ark and other “pay-to-win” games had a negative impact on the community and (in)directly linked the streamer to endorsing such products. No Gambling on Stream as Such Says Asmongold Asmongold, who never dodges criticism, politely objected to […]

Global poker entertainment and television leader PokerGO has agreed to host cryptocurrency company StormX’s first invite-only poker tournament. The event will host a number of personalities from the professional poker scene, NBA stars, and cryptocurrency pioneers, it will be held on March 3 and streamed live on YouTube, StormX’s official website, as well as a […]

Trainwrecks Lives to His Nickname with $13m Gambling Losses

Tyler Faraz Niknam, a.k.a ‘Trainwrecks’, came out in a rare moment of truth to reveal the extent of his gambling losses and sent a stern warning to anyone who believes excessive gambling is harmless, Dexerto reported. Stream Gambling is Also Gambling The revelation made by the popular Twitch gambling streamer on January 1, 2022 is […]

PokerGO Teams up with SuperDraft to Bring Fantasy Contests to Poker

PokerGO is tapping into SuperDraft’s expertise to bring poker fantasy contests to the game in what has been described as a “long-overdue move” for both companies. New Fantasy Opportunities Await in Poker with SuperDraft Leading provider of poker content and event host PokerGO has teamed up with Caesars Entertainment’s daily fantasy platform, SuperDraft. The partnership will allow fans […] 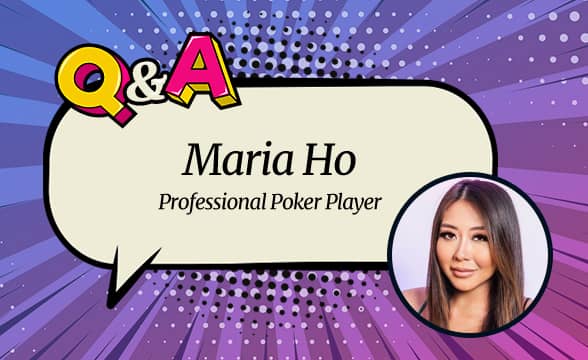 Maria Ho: ‘It’s Harder to Get to the Top More Than Ever’

Maria Ho is one of the most accomplished poker players of our time, and a strong representative of women in what is traditionally a male-dominated game. Over the past 15 years, Maria has worked hard to establish her name in the world of poker and inspire others to pursue a career in a game she […]

Sports betting operators in the UK agreed to pay extra fees on their existing streaming and data deals until December 2, the day when the second lockdown across the nation is set to expire. The additional cash will give more breathing air to the horse racing industry, which, despite being left to continue, is suffocating […]