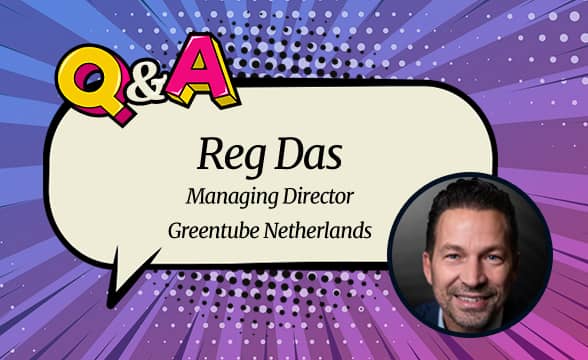 The Dutch slots market is very distinctive. In this interview with Reg Das, Managing Director of Greentube Netherlands, we delve into the development of slot content for the Dutch player to discover what they prefer in terms of design, features, and mechanics.

What types of games do Dutch players prefer?

A: The Dutch market is like most other western European markets. To a large extent, players enjoy similar games, as can be seen by the charts of top-performing games which feature the usual suspects. But what is particularly noticeable in the Netherlands is that there is a segment of the market that is devoted to local, classic slots. These are very popular, to a much greater extent than in similar markets in Europe. Indeed, certain market studies showed local classic slots make up around 35% of the total online slots market in the country.

If you go into land-based venues in the Netherlands, you still see a lot of old electro-mechanical reel machines. That is also the case in pubs and arcades, where analog machines continue to prove popular. This is partly down to specific regulation of these machines in the Netherlands, the complexities of which make it difficult for companies to enter the market with more complex machines. It follows that players who know the classic games well from the land-based sector will gravitate towards them within online casinos.

Will operators who don’t offer classic slots suffer as a result?

A: There is still a large audience for international content, but classic slots have an advantage in that there is recognition value among a large portion of the player base. For example, we have our own games such as Random Runner and Simply Wild, which are names that are well-known among players in the Netherlands. What I understand from online marketeers is that players will typically search for these game names and find a casino to go and play them with. Therefore, if you don’t have digital versions of land-based best-sellers, you risk missing out on these players. Our research suggests that the acquisition of players through searches of such titles is far more cost-effective than by spending big on operator branding.

What needs to be taken into consideration when creating content for the Dutch market?

A: If you aim to produce an online version of a classic slot, then first of all you need the IP. We are fortunate to possess the IP of many popular titles in the Netherlands through the NOVOMATIC Group. There are also companies who produce very similar games, but with different names and not based on an existing land-based slot, though with a similar feel. This is also effective to an extent, but clearly, it helps if players have that immediate recognition of a game and its mechanics.

With analog fruit machines, you have light bulbs behind glasses with the artwork which means there is no scope for the sorts of features you can build into a video display. The basic features are wilds, holds, and multipliers – simple and strong and what players in the segment look for. Another popular mechanic in the Netherlands is the supermeter, which makes it possible for players to play for higher stakes in a game that is divided between two reel sets across a base game and a top game. Winnings in the base game go into the supermeter and by filling it, you can progress to the next level. This is a very popular mechanic and again, one that online players will instantly recognize.

How easy is it to innovate with AWP titles?

A: There is room for innovation. We have seen that new games have been created based on land-based fruit machines with added ingredients. There have been examples of popular mechanics from the international slots market that have been incorporated into classic slots. Hold N Spin and Free Games are two such examples and this combination seems to be very effective in the Dutch market. It may not always work. Some popular mechanics from the online world simply don’t translate well within the framework of classic slots – some of which date back 40 years or more – but we have certainly seen some very good attempts.

Do you expect that player preferences will change as more operators and suppliers enter the market?

A: To an extent, but the Dutch market is already mature albeit unregulated until recently. Not too much will change for the player, other than that new suppliers will enter the market. For example, NOVOMATIC’s market entry means that players who know and enjoy Novomatic games in the land-based sector can now play digital versions online too.

Is the focus still on adaptations or original creations?

A: There is definitely a focus on creating original online games, and if it ends up being very popular online, then we have the option to bring it into land-based environments as well. Several games that were developed for the Dutch online market have also found their way into Dutch gaming machines. The omni-channel possibilities that are within the NOVOMATIC Group are substantial. This is something we have done on many occasions in other markets as well and will continue to do so. It is already happening in the Netherlands, so watch this space.

Must Read
By Stoyan Todorov
Insider

Gambling News Roundtable: Suppliers on Why Data Is More Important Than Ever in Product Development

Independent gambling harm prevention consultancy EPIC Risk Management announced today a new addition to its ranks as Martin Bland joined the firm in the role of Director of Business Development. Deliver on EPIC’s Growth Strategy EPIC’s new director of business development Bland will be tasked with expanding the business that aims to protect individuals and […]

Global gaming industry provider, Zitro, announced on Thursday that its online subsidiary Zitro Digital expanded its presence in the Latin American region. Zitro Expands LatAm Presence via Codere Deal Zitro Digital revealed that its portfolio of digital games is available for the first time within the jurisdiction of the City of Buenos Aires, thanks to […]

It may only be a small step forward, but it’s still progress. Macau casinos will take whatever they can get to bring operations back to normal levels, and will receive some help next week. Officials from Macau have announced that the ban on civilian flights from other countries for 14 days will be lifted as […]

With an extensive network of strong partners and a rich portfolio of highly acclaimed games like King Kong Cash, Monopoly Megaways, Goldfish, or Mega Jackpots Wheel of Fortune on Air, Playson is one of the leading software developers in the industry. Its Timeless Fruit Slots portfolio consisting of titles like Rich Diamond, Fruit Megaways, or […]