Until Thursday, UFC president Dana White had sworn that the UFC 249 is right on track for April 18, and once that fight had taken place, the UFC would be streaming bouts every week. Yet, the organization did a complete volte-face on Thursday evening when White made a formal statement that all these efforts had been in vain as ESPN had decided to not back the event.

On Thursday, April 9, White explained that UFC’s main broadcasting partner, ESPN and Disney, had intervened, deciding not to back the event due to what most likely are valid concerns about the spreading of the virus or tying up important medical resources for the sake of the event. In a video interview with ESPN’s Brett Okamoto, White addressed these developments by describing the process of bringing UFC 249 up to speed as what he described as “an endless battle,” adding:

I told you this whole thing has been a battle since Day 1.We’ve been fighting non-stop all day and all night since this pandemic started to put on this event on April 18. And today we got a call from the highest level you can go at Disney and the highest level of ESPN.

A good negotiator, White praised ESPN for its support of the UFC and explained that “the powers that be,” had asked him not to go ahead with the event. The network also released an official statement explaining that they had been in touch with the UFC and emphasizing that ESPN would want to see the event return just as much as fans.

However, the concerns surrounding the COVID-19 pandemic and lockdown have made it fairly difficult to justify a non-essential event at a time when New York and the country are experiencing their worst health crisis in living history. White previously said that he didn’t care about the coronavirus, using a fairly more robust language.

Re-arranging the Ticket Didn’t Do the Trick

But as the virus kept on spreading and mainstream sports leagues pulled the plug on their competitions, a travel ban was eventually imposed. It wasn’t until that ban, though, that UFC felt the heat from a quickly-changing world.

Khabib Nurmagomedov, the main ticket for UFC 249, was stuck in his native Dagestan, and Justin Gaethje was called upon to fill against Tony Ferguson. The travel ban also forced the UFC to suspend several events in March and early April, but until the last moment – White was determined to have UFC 249 happen.

White showed a lot of enthusiasm and clever thinking in picking the venue for UFC 249. The organization was going to host the event at the Tachi Palace Casino Resort, which lies on tribal land and is therefore exempted from California’s law on non-essential gatherings during the lockdown.

Yet, Gov. Gavin Newsom didn’t prove the biggest obstacles for Dana White’s planned sports bonanza in April – it was the backers of the event as well as the fact that some questions remained unanswered, as in who would get tested and what health measures would be put in place.

There has been political pressure, of course. Sen. Dianne Feinstein criticized the UFC’s decision to try and host an entertainment event during a time when all medical resources are precious and must be used accordingly.

Not least, the event posed a danger as it could have led to the further spreading of the virus, the senator explained.  White commented that he would take care of his people and “make things right” by all the people who were willing to host UFC 249. “Don’t worry about the financial part of this,” White added. 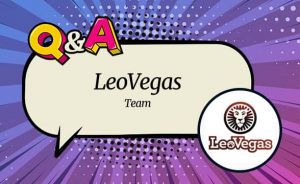