The Broadway Gaming Group, which is in charge of the biggest UK bingo networks, is set to acquire 888’s B2C bingo business, along with the B2B division, Dragonfish, in a deal that is worth $50 million, according to a press release. Effectively, Broadway is acquiring the full 888 Group bingo business and offer, which extends to technology, underlying assets, operations, and all B2B clients, and through that, access to bigger audiences.

As a result, Broadway Gaming Group will secure a pivotal position in the UK bingo market, which it already has a significant share of. The deal may come with an earnout of $4 million based on performance criteria and whether they have been completed. Broadway Gaming CEO David Butler had this to add:

“We are delighted to reach an agreement with 888 to acquire its bingo business and platform. By combining these with our existing business and brands, which include ‘Butlers Bingo’, we will be able to achieve an even stronger global footprint in key regulated bingo markets.”

Thanks to the deals, Broadway will have a stronger foothold in bingo businesses as it would also have the opportunity to leverage Dragonfish’s expertise in deploying advanced bingo platforms as well as create more memorable experiences that are not available to rival platforms unless they have been licensed.

Broadway has vowed that it would put a great emphasis on maintaining responsible gambling as one of its core principles and the addition of the B2C and B2B units will further boost the company’s ability to protect consumers.

Dragonfish’s team will also be joining Broadway, which would give the brand an immediate leg-up in understanding the B2C and B2B market even better, strengthening existing operations and opening up new opportunities.

Butler has commended the level of sophistication of the 888 Group bingo’s product. Broadway and 888 have been working together for several months prior to the purchase which revealed the full capabilities of the B2C and B2B divisions.

Inside Edge Teams up with Sports Alerts and BetMGM, Launches My Inside Edge

NetGaming and 888 Tie Content Deal for UK and International Markets

888casino, one of the world’s leading online casino brands and part of 888 Holdings plc (LSE: 888), is pleased to announce that it has teamed up with rising-star iGaming casino content developer NetGaming to provide players with a formidable portfolio of gaming titles. 888casino will benefit from a range of intuitive games that are designed […] 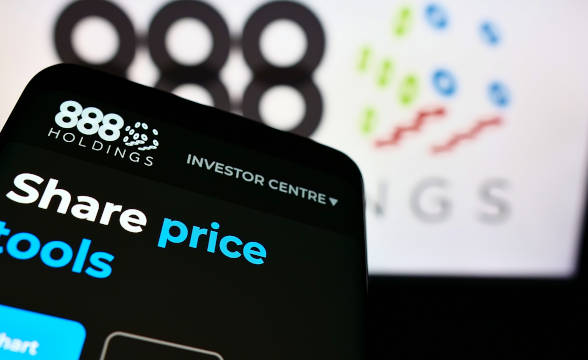 888 Holdings has strengthened the leadership team of its US-based branch by appointing the media heavyweight Howard Mittman as president. Mittman Named President of 888’s US Business Mittman has years of experience in executive positions in the media sector. He has served as the chief revenue officer and publisher for Condé Nast and as a […]

The Caesars-owned British gambling operator William Hill has set aside almost $20 million to pay a fine by the United Kingdom’s Gambling Commission if the latter decides to impose one. William Hill Prepares $19.6M to Cover Up Fines The last few months have seen William Hill fail to play by the rules several times, which […]

888 Introduces Made to Play Master Brand Campaign in the UK

888 Holdings, the leading online betting and gaming company, announced its latest “888 Made to Play” campaign. Leading Operator 888 Launches New Campaign 888 is an unquestionable leader with more than two decades of experience within the gaming industry. Yet, the company continues to make efforts to reaffirm the trust of its users. Thanks to […]

The Gambling Commission of the United Kingdom announced that it imposed a £9.4 million fine against online operator 888 over money laundering and social responsibility failings. GC Introduces a Fine, Warning for 888 The UK Gambling Commission (UKGC) announced on Tuesday that it introduced a monetary penalty against 888 UK Limited, a company operating 78 […]

888 has launched its latest initiative, SheLEADS, to get more women involved in the gambling industry’s top echelons. The initiative, which is designed to “nurture and develop outstanding talent,” is focused on gender equality while taking individuals at their merit. 888 is pushing to introduce a more inclusive working environment, a long-standing goal of the […]